In conversation with Nia Sharma Nia Sharma, the mystic beauty, after successful stints in TV shows like Jamai Raja and Ek Hazaaron Mein Meri Behna Hai, is set to face her challenges in glam meet adventure Colors reality show Fear Factor: Khatron Ke Khiladi.  We met her at the launch presser and asked her what does she feel about the format and she said, “If they wanted only performers, they would have got best sportspersons like Geeta Phogat ( Dangal fame) alone, but they brought people with fears and phobia as well,  so either we overcome them or give them  masala by breaking down. I rather take the opportunity it in the positive spirit, you never know, I meet rise up to the challenge, meeting   a new Nia in the process.”

Nia is a petite, so will she be able to the heat of the competition? “All the other girls (Hina Khan, Shiney Doshi and Lopamudra Raut are also thin like me. If you take a look at the break -up, there are seven girls (Monica Dogra, Shibani Dandekar) and just five guys, so they expect the girls to fizzle out.  Honesty knowing my capacity, I don’t think I will go the whole hog as well, so will just have fun.  Having said that I feel Geeta Phogat would go on to break the jinx that women can’t win Khatron Ke Khiladi. She is a very down to earth person.  I met her, for the first time and hit it off well.”

Interesting observation…so which animal or reptile is she scared of? “I am ok battling with the cat family (lions and tigers), snakes, bulls or even hippopotamus, but not lizards. I just might take the first flight back home from Spain (venue), if they trouble me too much (smiles).”

Co incidentally, you are working with Jamai Raja co star Ravi Dubey again (also a contestant)? “It would be fun competing with your on screen love. Back then on the above Zee TV show, when we would come on screen, there would be beautiful music, now dust will fly.”

You seem to be doing different kind of stuff of late?, ”After Jamai  Raja,  I wanted to experiment hence  tried my hands at Comedy Nights Bachao Taaza,  also dabbled in a short web series and now this Rohit  Shetty mentored  action show. There is one bigger Star Plus project on the way as well, but I can’t give out details as have only shot the pilot so far.”

Point out that her above comic act did not do too well, she got defensive saying the whole  purpose of Comedy Nights Bachao was not to get comedians on the  show, but TV faces (Karan Wahi,  Anita Hassanandani and Ssharad  Malhotra) .“ All in all it was fine, as I did not lose anything.”

She has qualms about doing bold scenes in her recent Vikram Bhatt directed web series Twisted.  “I really don’t understand the fuss if there is a 30 seconds scene. Having said that, I am also enjoying the resultant attention.”

We wish Nia all the success in Spain. 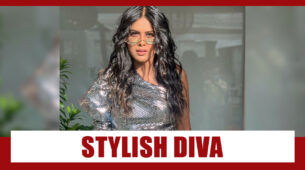