Bhojpuri actress Anara Gupta is miffed with certain section of the media for what she believes is factually incorrect and biased reporting regarding an alleged fraud case (investigation is ongoing) involving an entertainment company of which she earlier was a salaried director.

“I had quit in August, hence was surprised when my name got dragged in and what was really galling was that media outlets did not bother to check with me or the police before flashing ‘Anara Gupta involved in Rs 200 cr scam and is on the run’.  The real truth is somewhat less spicy,  the amount is not a whopping 200 cr  but just around 2 lacs and  secondly, and more importantly,  the Lucknow police where the case has been registered have not yet contacted me.  I am very much in Mumbai and my phone is reachable. My fiance Karan Singh Prince also helped me organize a presser to clear the air yet the negative reportage continues. I suspect someone who has a grudge against me is responsible for the slanted coverage. There is also an ongoing smear campaign against me on social media,” laments Anara in a conversation with IndianWikiMedia.

She continues, “Hypothetically if some fraud is done as well, the responsibility lies with the founding directors and not me and I have quit as well.  So it is wrong to pin the blame on me. Being innocent, I have no worry, yet it becomes cumbersome to answer worried relatives who want to know what happened.  We will fully cooperate with the authorities when approached.”

We understand his concern.

“Not being someone who takes things lying down, I plan to file defamation case against the concerned UP based newspapers for tarnishing my image in attempt to sensationalize to sell their copies.”

In closing, Anara says that henceforth she will be very careful in associating herself with any brand.

“It is sad that I have to bear the brunt of alleged acts of commissions or omissions over which I have no control.  Guess this is the flipside of stardom, which we have to bear.”

Hope all ends on a good note. It is tougher to become emotionally naked, than just being bare bodied: Ragini Khanna 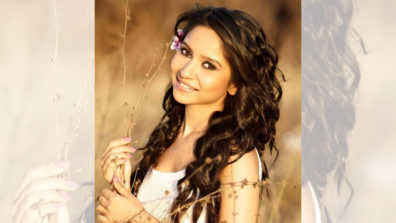