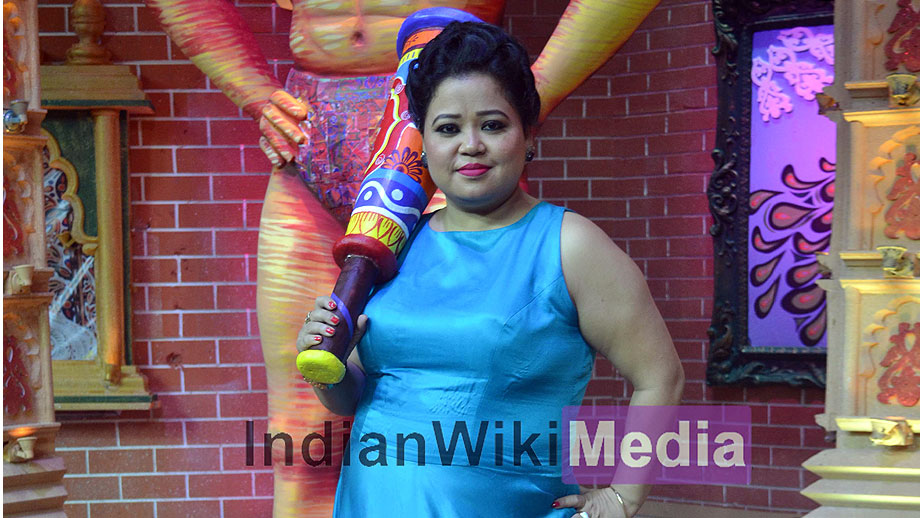 Ace comedian Bharti Singh is going great guns these days. She has carved a niche for herself in shows like Comedy Classes, Comedy Nights Bachao, Comedy Nights Live and The Kapil Sharma Show with her impeccable comic timing.

The talented Bharti will yet again take audience on a laughter ride as she will be seen as a judge in &TV’s Comedy Dangal.

Talking about the show, Bharti said, “I feel very proud to be a judge. I don’t feel that I am at a level to judge this amazing bunch of talents. I am not only judging the show but also will be actively part of it. I feel there should be more comedy shows as today’s life is very stressful for everyone. Getting to relax by watching comedy shows is a huge bonus.”

When asked Bharti, how it feels being a famous comedian who inspires women, she averred, “Television is providing platform to comedians which is a great thing. I feel females should come forward in this felid. When I see that there are only few names like me, Sugandha Mishra and Jammy, I feel bad. Every girl wants to become an actress, model and do daily soap. I feel good when people take my name when it comes to female comedians. I am happy that people wish to work with me. I am good at comedy, so I focus more on that. I will feel happier when people will come to me saying that they want to become a comedian like me.”

The actress started blushing when asked about her fiancé Harsh Limbachiyaa, “I am talkative and he is exactly the opposite, a very quite person. He is very hard working too. He is working on a movie currently. He will soon announce about the same. He wants people to remember him for his work. He said that people should remember him not as Bharti’s husband; instead people should say Bharti is his wife.  Well, it is a Gujju mindset. I would say that there are two people, one Gujarati is running our country and one is handling Bharti (laughs).”

Lastly, when Bharti was quizzed about Kapil Sharma’s health, she quipped, “Kapil is not suffering from depression. I have been shooting with him for more than 12 episodes. He is little unwell as he was shooting for his movie Firangi and at the same time he was also doing The Kapil Sharma Show. So it is natural for anyone to get little unwell.”

Bharti, wish you all success!!