It is not right to drag friendship and other elements into a professional set up: Kiku Sharda
Subscribe Now
Television | Celebrities Kiku Sharda was in the news recently regarding his latest SAB TV show, Partners – Trouble Ho Gayi Double, where it was alleged that he had played politics and got fellow Akbar Birbal actor Vishal Kotian ejected out of the show. But now, a few months down the road, with the show doing well, Kiku says, “Whatever steps were taken were for the betterment of the show. Vipul is a great actor and we have great on-screen chemistry. It is not right to drag friendship and other elements into a professional set up.”

Kiku, who has done several hit shows before, like FIR, Bhootwala Serial and The Kapil Sharma Show, attributes the success of the above cop sitcom to the entire Ideas Entertainment (Paritosh Painter) team. “We are all in sync, working for the betterment of the show. Here I must doff my hat to Johnny Bhai(Johnny Lever). Despite being a senior, he regularly collaborates with all of us to make things even better. I sometimes alter the given word if I feel something is amiss.”

“A comedy works only when the humour comes naturally; not out of a written script. You can’t first write a joke then create a situation around it. Many shows fail because of this. You also can’t stitch together a series of WhatsApp jokes and expect your plot lines to work.”

Kiku says his humour comes from his belief that life should not be taken too seriously. “Sometimes, I wish we could be like how we were as kids- no prim and proper conduct. I have always loved children, and try to be part of stuff which appeals to them. I play characters who are happy in whatever they are doing.”

Talking about cops, since he plays a lazy one, he says, “Policemen are very hardworking and I have not come across any who is overweight.”

Kiku, who has been trying to move to films, did not get a good boost with 2016- The End, which also featured TV actor Harshad Chopda. “It came and went; I guess the delayed release (demonetization time) cost us a lot. It eventually hit the theaters only in 2017 and due to some legal reasons the title also could not be changed. There were also issues with promotions. All said and done, I had hoped it would do better business than what it did, finally.”

Coming to digital, Kiku says, “This platform allows us space to tell stories not possible on TV. I loved Amazon Prime’s Inside Edge and the recent R Madhavan’s Breathe. I am open to doing interesting web shows.”

However, he did accept that certain web show makers are taking undue advantage of the lack of censors and trying to add sex, just to win eyeballs. 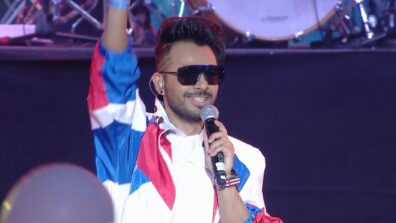 Review of Angry Birds 2: An enjoyable ride to the 'Bird Island' for sure The Kapil Sharma show casts and their massive transformation I am sure Kapil Sharma will be an amazing father : Kiku Sharda