Anjali Anand, who is currently seen in Star Plus show, Kullfi Kumarr Bajewala, shared a picture of her dog in her Instagram stories, saying “the only one i love 3000”
She also put up a video of her dog, which she captioned, “humans don’t deserve my love. so I’ll give it all to @dobbythebeagle” (which is her dog’s instagram handle).
These posts by Anjali Anand didn’t seem right to her fans and followers, which led to very negative responses and comments. People started trolling her on social media, over her stories. One of her female followers texted her on Instagram with negative comments and later deleted the chats. But Anjali Anand blocked her on Instagram. So this female follower mailed her more negative comments.
Anjali Anand says that she often gets these hate messages but she never reacts to such messages and mostly just ignores them. But after this incident, she said, “aaj pata nahi kyu #khoonchala”. She also posted a video of her Instagram direct messages, which gives us a glance into how many people texted her on Instagram or how many negative comments she got on her stories.
Below are the pics of Anjali Anand’s Instagram stories – 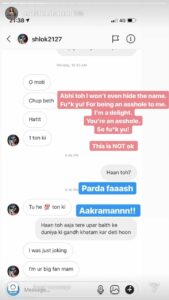 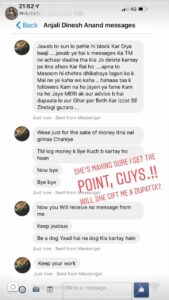 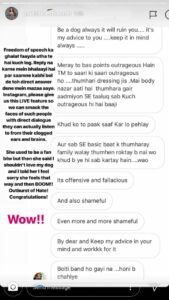 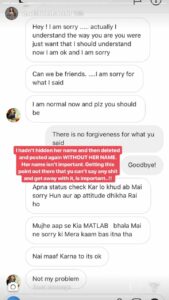 The lockdown was a period of introspection and rejuvenation for me: Mohit Malik 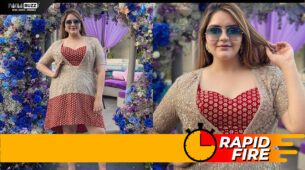 If I have to date a fan, I will date my No 1 fan: Anjali Anand of Kulfi Kumar Bajewala