I love stage as there is always something new to experience: Tanaaz Irani
Subscribe Now
Television | Celebrities

Tanaaz Irani talks about her love for the stage and much more. The beautiful and talented Tanaaz Irani is back to doing what she loves best– directing and acting on stage. Her successful play, Selfie, depicting a woman’s journey, is now starting its fresh season, with screenings in the national capital, this Saturday.

“We have rewritten and introduced new elements into the play, but yes, the principal cast (Kishwer Merchant, Shweta Gulati, Priya Malik, Dimple Shah and Tanaaz herself) remains the same. I love stage, for there is always something new to experience. What you do during rehearsal is not what finally comes out on stage, performance after performance. Also, as a director, seeing how your character evolves, like clay, is a great feeling of satisfaction,” says Tanaaz.

Since your play is based on women, what is your take on women empowerment? “Well, no matter how much ever a girl wants to rise, what can she do if her parents don’t let her study or her hubby beats her? However educated or liberal a girl might be in thought, in real, you are only as powerful as the support systems at home allow you,” says Tanaaz, who has done many films (Hadh Kar Di Aapne, 36 China Town), TV shows (Swabhimaan, Shubh Mangal Savadhan, Badi Door Se Aaye Hai) and plays, over the years.

“Plus, I have one more grouse with this mixing of westernization and modernization debate, which wades into women’s topic. Just wearing skirts does not make you modern, which in effect means to address the issues at hand. Having said that, today more Westerners follow desi norms in terms of yoga and family, than most Indians,” she avers.

Tanaaz, who was last seen in Jamai Raja, might soon be back with a tube show, “If the budget and plot lines are cool by me.”

Although having been around for years, Tanaaz says that there is a lot more left in the bucket list for her. “As a person grows, he/she changes and matures, and the same will be reflected in the screen portrayal of various characters and circumstances. I can never be satisfied.”

She does not believe that women of her age are limited to essaying only mother roles. “I have been offered much more (professional). But again, I have no qualms about playing a mom, if the story revolves around my character.”

Among all her TV outings, she regards her debut show, Zabaan Sambhaal Ke, as the closest to her heart, “for it made me who I am, plus I learnt so much by rubbing shoulders with biggies like Pankaj Kapur, Durga Khote, Vivek Vaswani, etc.” I missed working out the most during lockdown: Shweta Gulati Oh Yes!!! Shreyas Iyer is perfecting the art of selfies 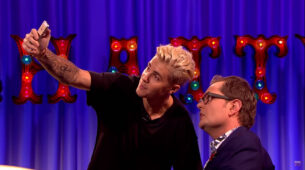 Justin Bieber is addicted to selfies: we tell you why? 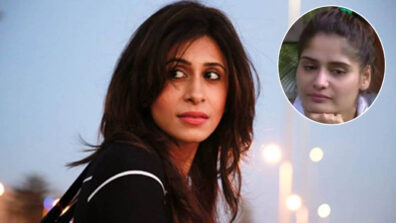