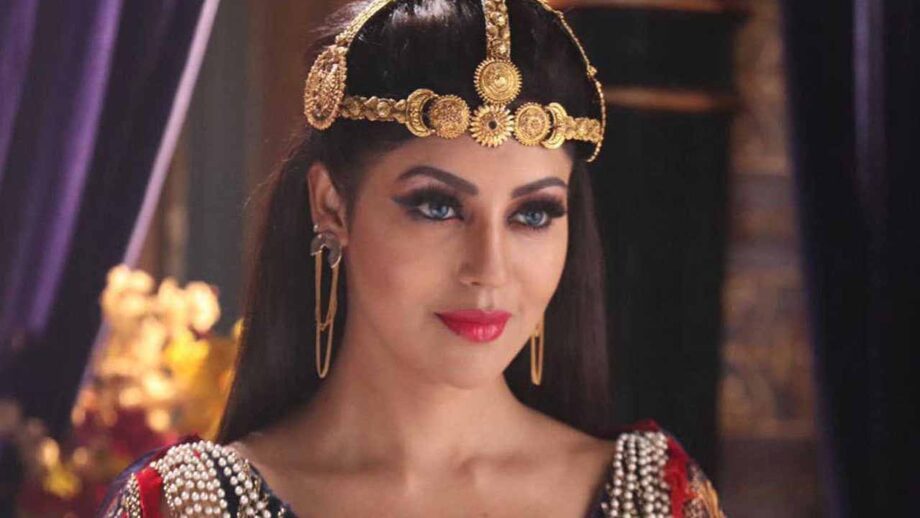 Sony SAB’s fantasy show Aladdin: Naam Toh Suna Hoga has kept the excitement levels high for its audiences and the upcoming fresh episodes have raised the thrill quotient with the dashing entry of Mallika, the ultimate evil and the creator of all jinns. Mallika’s entry has brought some shocking twists and challenges in Aladdin’s life, the most important being Mallika turning Ammi into a jinn. The character Mallika is essayed by the immensely talented and gorgeous artiste Debina Bonnerjee, who is not only thrilled to be essaying an antagonist in this show but also is in awe of the character, Mallika.

Talking about why her character Mallika is the biggest threat in Aladdin’s life, Debina said, “Mallika as a villain does not show off her powers. She is aware of the skills and magic she possesses but believes to keep them under wraps. This way no one can get an idea of her capabilities. This unpredictability is what makes her the biggest threat to Aladdin. She chose to take control of his Ammi by converting her into a jinn, without harming Aladdin directly she forced him to do her bidding. As the story progresses, viewers will be able to see various sides of her and what new challenge she will make Aladdin go through.”

The show is witnessing back to back thrilling adventures and challenges brought in Aladdin’s life by Mallika. A bold, fearless and powerful Mallika has left no stone unturned to establish herself has the strongest enemy Aladdin has faced so far.

Debina also shared the qualities that she likes about Mallika and her experience essaying a negative role, “I have played negative characters before but Mallika stands out the most. She is one of the most impulsive and unpredictable characters I have essayed. She is glamourous and bold and I have been thoroughly enjoying playing a character with such a complex personality. It is always a great experience to play a character that is opposite to you in real life and especially in a fantasy show where Mallika is also equipped with power and magic. Having said that, sometimes one might be a little apprehensive if the fans would like the artiste in a negative role but Mallika has been thoroughly appreciated and loved.”

Aladdin: Naam Toh Suna Hoga is witnessing the most nail-biting adventures as Aladdin has embarked on a journey to find the various parts of the Khanjar that Mallika has asked for, in return of turning Ammi back to human.