Meet and know about Rashi Salil Harmalkar, the voice behind the melodious Kullfi in the Star Plus show, Kullfi Kumarr Bajewala. 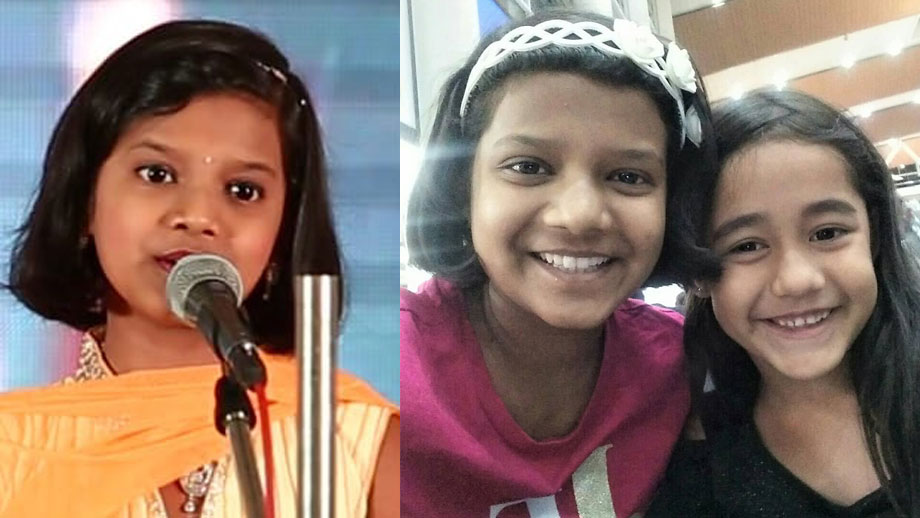 If talented and cute Aakriti Sharma of Kullfi Kumarr Bajewala is taking your heart away for her acting, you must also doff your hat to Rashi Salil Harmalkar, who is the real voice behind Kullfi’s melodious songs, in this popular Star Plus show produced by 4 Lions Films and Invictus T Mediaworks.

14-year-old Rashi is a child singer in her own right. She has sung for Hindi films (Bombay Talkies, for the young Karan Johar), besides giving the vocals for title tracks of several Marathi TV serials. But her biggest claim to fame is definitely Kullfi Kumarr Bajewala, where her mellifluous voice has captured the hearts of millions of television viewers. It has brought her voice into the limelight, like none other. Her singing lends teeth to the show, which has music at the core of its premise. Be they devotional numbers dedicated to various Indian Gods and Goddesses, peppy, fun-tinged songs or slow, heart-touching renditions, Rashi has excelled at all of them with commendable self-assurance.

The biggest challenge Rashi first faced was to get the voice modulation right, given that Aakriti is just 8 years old in the show. “Once I got that right, things became a breeze. I have really enjoyed singing all my songs in the show. It feels nice to get appreciated for my efforts.”

Rashi finds Aakriti very sweet. “We had met during the promotion. Sometimes, we catch up on video calling. She keeps calling me on set. I really like her acting as well.”

Rashi, who will soon appear for her class 10 board exams, does not regard singing as an impediment to her studies. “I have found the right balance by doing my daily riyaaz early in the morning and then going to school. Unlike other kids of my age, I don’t like sports much, so utilize the time for either studies or singing.”

Looking ahead, Rashi would want to pursue singing as a full-fledged career when she is older. “Here, I feel my parents and Guruji will play a pivotal role. I am also aware of the hard work and sacrifice required, which I will be ready for, in due course of time.”

Interestingly, Rashi is not a big fan of reality talent shows. “I don’t like them.” She had tried for Voice Kids but could not go beyond the blind audition round.

When asked as to why she loves music so much, she gave a very adult answer. “It gives me peace and happiness. She is a big fan of Shreya Ghoshal and would love to sing the cover versions of some of her hit numbers. Being a kid of today, Rashi is a big social media buff. “I am constantly on Insta, interacting with my fans, who really dig my voice.”

For the moment, she does not seem interested in coming before the camera, “Although I love to mimic everyone.” A future stand-up artist, ahoy?

Way to go, Rashi!! Have a great future…