Mohsin Khan is one of the famous actors of Indian Television and loved by the majority of the audience due to his stylish appearance and the chemistry he shows in his serial Yeh Rishta Kya Khelta Hai. Mohsin Khan is popularly known as Kartik due to serial Ye Rishta Kya Khelta hai. Mohsin became famous in the Television industry due to his this serial of star plus and the chemistry that he portrays with his co-star Shivangi Joshi aka Naira. His started his acting debut in 2014 ‘Nisha Aur Uske cousin.’

Mohsin Khan is the best superstar of Television who has got all stylish skills and is seen to be top when it comes to dressing and style. Whether styled to sophisticated perfection in the sexy boardroom look or flopping enticingly on his forehead with delightful boyish charm, Mohsin’s hair is divinely sexy.

Mohsin Khan is best at his acting but he also slays as best in style. He is adored for his classic style and awesome sense of fashion. The chocolate boy actor, with his cute adorable looks, dimpled smile, makes hearts beat faster. He slays in style whether it be on screen or of the screen he always slays in style. Mohsin Khan carries each and every style, with an aura of confidence prefixed and suffixed to it. Mohsin Khan is a handsome hunk he knows exactly how to carry and wearing what! Be it his trendy casuals or modern denim outfits, his amazing formal suit or the traditional pathani kurta, Mohsin Khan has nailed every style file with the utmost of flair and ease. 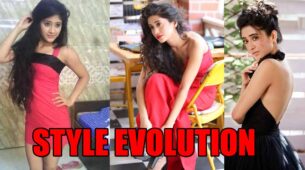 Loved It Or Liked It? Yeh Rishta Kya Kehlata Hai's Story After Lockdown