Colors Naagin 4 promo is out and we are all too excited to see who the new Naagin is in this season, who is supposed to be deadliest of them all! The moment we have all been waiting for is finally here! Well, not exactly because it’s just a preview to that moment, but still! Naagin 4 trailer is out and we are sure that one question on everyone’s mind, after rejoicing and being excited about the 4th season coming soon, will be that who is going to be the Naagin this time?

In the grand finale of season 3, we saw popular characters like Shesha and Yamini, from the first two seasons, making a comeback. The four hour long finale showed both characters played by Mouni Roy i.e. Shivangi and Shivanya, returning to unite with their lovers Rocky, played by Karanvir Bohra and Ritik, played by Arjun Bijlani. While Shivangi killed Yamini, Shravani, played by Surbhi Jyoti, also killed Taamsi, Sumitra and Shesha. After this heroic achievement, Shivangi passed on the crown of Mahanagrani to Shravani and she is crowned the new queen. The end of the episode had also revealed that Vishakha, played by Anita Hassanandani, might be the new villain as the story unfolds.

The upcoming season of Naagin 4 has been much awaited one and the new promo has already been released for this season so it is obvious that we cannot contain our excitement! The 4th season is slated to begin (or will be continuing) 50 Purnimas later, where the Naagrani is again at the potential risk of losing her Naag mani.

The promo of Naagin 4 shows that the statues of Yamini, Sumitra and Shesha emit magical powers to form the deadliest Naagin ever seen in the whole universe, and the audience is left guessing who it is going to be this time! We are sure that the promo has already set the minds of Naagin fans churning and the TRPs of this show are going to hit the roof since episode 1! 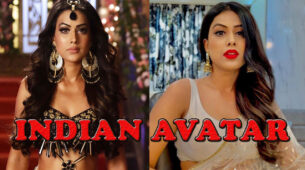