Getting Up, Close and Personal, with Tuhina Vohra 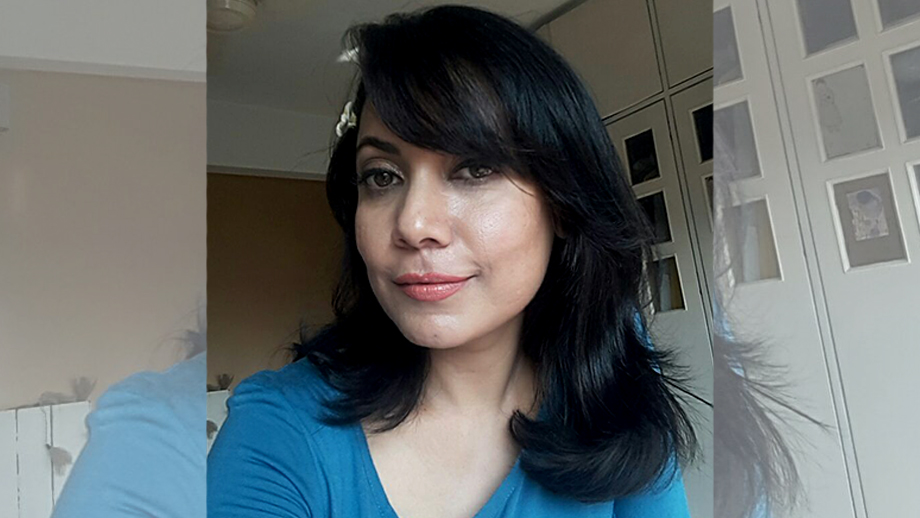 In an industry teeming with newbies, enjoying a free-wheeling chat with a TV veteran comes like a breath of fresh air. That was the feeling uppermost in our minds, as we had a chat with well-known TV actress, Tuhina Vohra.

Tuhina is satisfied with the way her character has shaped up in the Colors show, Ishq Mein Marjawan. “There are ups and downs in the graph, but that depends on the plot lines. What I like best about my character is that she is not just a white mother. Maya Raichand is a drunkard con woman, part of Deep’s (Arjun Bijlani) fake family. She is also not cultured, as she claims to be. I certainly will have much more to do, as the story opens up further.”

Tuhina had also played the negative lead in Ek Mutthi Aasmaan and Nisha Aur Uske Cousins. “In today’s TV environment, where most leads are 20 year olds, getting to essay the second strongest character in the plot that of the antagonist’s, is good enough.”

She has also played the comic mother in Life OK’s Har Mard Ka Dard. Says Tuhina, “I always knew that I would not have much to do, as my character does not live in the same city as her daughter; so obviously would come visiting only occasionally.”

Tuhina, who was part of the first generation leap on TV, courtesy Kyunki Saas Bhi Kabhi Bahu Thi, says,“Giving my nod to play mother at a very early age adversely affected my career. There was no template then. So we went with the flow.Many co-actors refused to grey on screen and went on to net lead roles later.”

“The biggest grouse I have with the TV world is that once you are accepted as a mother, you only get similar roles. Hence, we have actors playing mother to leads who are only a few years younger. Doing it once or twice is fine, but beyond that it does become boring.”

Looking ahead, Tuhina is quite excited about the web revolution. “It finally might open the doors for actors above thirty to do stuff beyond playing mother/father. There are host of different stories, shot in a realistic way, up for grabs. I am waiting for the day when even senior artists get to play leads, like in Hollywood.”

In closing, she does not foreclose the possibility of doing bold roles, as digital demands. “It will depend on how much the role excites me.”