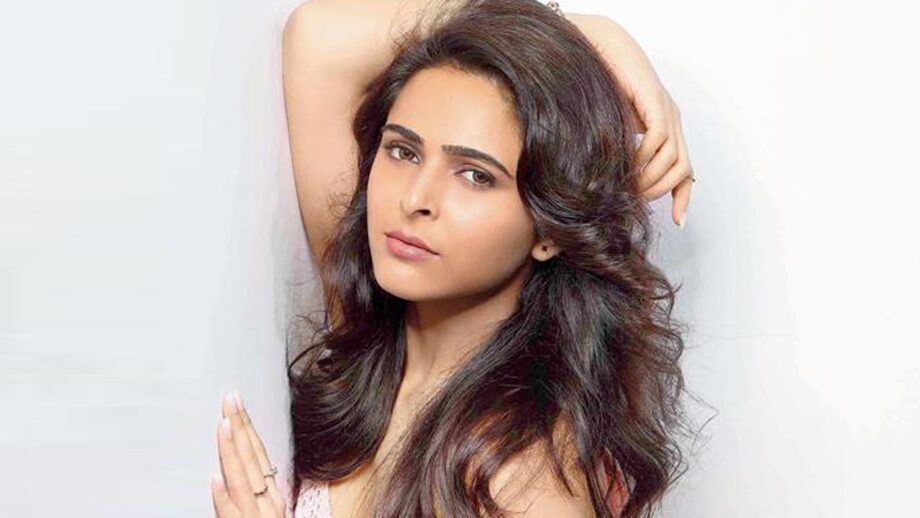 Madhurima Tuli, who has entered Nach Baliye 9 along with ex, Vishal Aditya Singh, is now unsure of whether she did the right thing. “I thought we could keep our differences aside and work to win the crown, which is the essence of the concept, but alas.”

“The way he lashed out at me on the opening night was not done. He has really hurt me with his vicious words. It is not that I alone hurt him, it was mutual. I might be forced to reply back in his language. How long can you take it?”

“The first few days of rehearsal were quite tough for we could not tolerate each other’s vibes and physical proximity (we were not ready to hug or touch each other), but now things are a bit better.”

“Now I just regard him as a co-actor with whom I have to perform and not my ex.”

Given the format, was washing dirty linen in public not expected? “Whatever happens between a couple is private. But if you want to go all-out making spectacles shows that you have some unresolved issues. Also, if you are doing all this to garner fake sympathy and publicity, then it is so wrong. People are not liking his actions as well.”

“I always knew it won’t be easy, but then opportunities like Nach Baliye and working with Salman Sir don’t come twice. Agreed, we have had our fair share of clashes but I am hopeful that since we once loved each other, he will come around for the show’s sake.” This couple had come close during the shoot of Chandrakanta (Colors), but went their separate ways late last year.

“Having said that, I don’t know how long we can last, for while other jodis have lots of love, we have oodles of hatred. Already the competition is quite stiff, with great dancers like Shantanu Maheshwari – Nityaami Shirke, Anita Hassanandani – Rohit Reddy and Shraddha Arya – Alam Singh in the fray,” says Madhurima, who has also acted in the Akshay Kumar film, Baby. Her last TV show was Qayamat Ki Raat on Colors.

When asked as to what went wrong with them in the first place, she says, “Although I tried my best to accept him as he was, eventually he showed his true colors. By then I was deeply smitten and expected love and attention, which never came my way. So we called it quits.” Is it possible that you guys can fall in love with each other again?

“Ironically, before Nach happened, we were kind of cordial. However, now things have taken a turn for the worse. Many friends have told me you should never go back to him. I know I should not go by what others say but by what I feel. Right now, a lot is happening and I don’t how things will pan out.”