One should be recognized for hard work and talent instead of financial status: Anushka Sen | IWMBuzz
Subscribe Now
Television | Celebrities 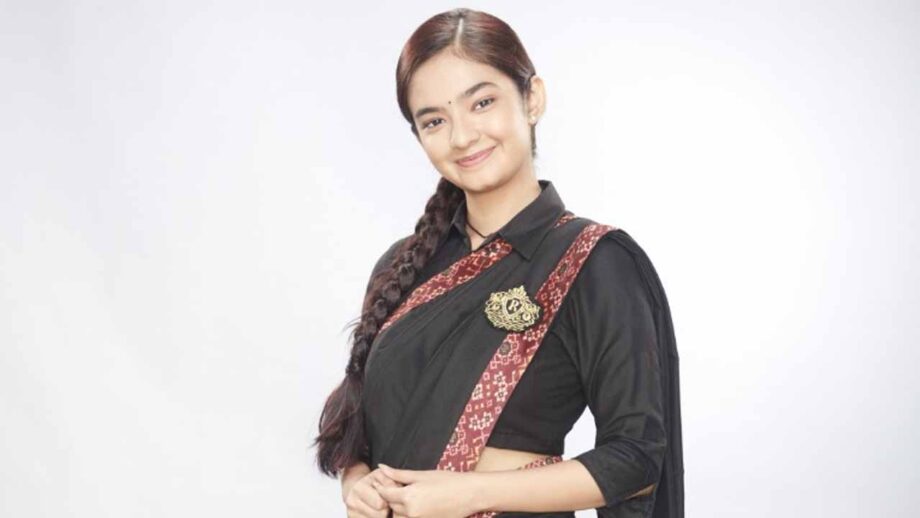 Zee TV presents an inspiring narrative of a young daughter of a head servant in an affluent family of Jaipur who refuses to be tied down by her humble roots. Breaking free of the shackles of background, she chooses to carve her own destiny and soars above the class boundaries to find a place of her own amongst the elite, thus living up to the name ‘Rani’ that her father had lovingly given her and the dreams they have collectively envisioned for her.

This destiny drama debunks the deep-rooted class system and questions its unwritten rulebook of ‘aukaat’ in our society, almost curtailing the chances of the lower strata in taking charge of their destiny and rising above their means. Aptly titled ‘Apna Time Bhi Aayega’, the show follows Rani and her bond with her father who despite being from a modest background has raised his daughter like a queen.

What is the concept and USP of the show?

Apna Time Bhi Ayega speaks about the deep-rooted class system and questions the unwritten rule book of ‘aukaat’ in our society, which curtails the chances of the underprivileged in taking charge of their destiny and rising above their means. In an era where the world has progressed by leaps and bounds, unfortunately, we still have several people who have not evolved and continue to discriminate the rich from the poor, urban from the rural and judge people on their background rather than their ambitions or talent. As its title suggests, the show follows the story of Rani and her father who despite being from a modest background has raised his daughter like a princess. Unlike most father-daughter relationships typically seen on TV where the daughters’ dreams are often crushed by a father who provides a reality check and persuades her to opt for the tried and tested, traditional approach of life, here is a father who has consciously raised Rani to believe that the sky is the limit for her. Although Rani learns to dream big and chases after her audacious goals with her father’s constant encouragement, unusual circumstances compel her to take on his position as the head servant in the Rajawat household. She faces discrimination owing to her social status, her small town roots and financial background. With all the challenges thrown in her path, will Rani be able to achieve a place she rightfully deserves and establish her own identity, rising above her roots – in other words go #AukaatKeBaahar

Tell us more about your character.

Rani is a bright, intelligent girl. She is great in mathematics and also has an engineering degree. And even though some may be quick to dismiss great prospects or a bright future for her given her underprivileged background, she has always set audacious goals for herself. Rani is also extremely proud of her family for the values and principles they live by and even though her father is a head servant, she is proud of him and aspires to make him proud one day. The show will take us through Rani’s journey from her house in Uttar Pradesh to the palace of Jaipur which will be exciting and inspiring for all the viewers.

The shoot has been going great and I am really having a good time exploring my character, Rani. All of us have really bonded well, and we make sure to have a great time on set. Only recently, we started the shoot on a full-fledged scale and I am really excited. We are following shoot guidelines and taking all precautions since these are challenging times. I am looking forward to exploring the journey of Rani with you all.

So what are these precautions that you follow while shooting during COVID-19?

These are outlined by the government guidelines for show production. There are sanitisers wherever you go and our crew members wear masks and face shields all the time. We also follow social distancing norms with everyone around. As actors, we need to understand the sensitivity of the situation and take proper care of ourselves. It is a very different experience for all of us because of the new normal, the way people function is different, people on set are also limited. But as everyone says, work shouldn’t stop and even I believe in the same.

As you mentioned, the show talks about discrimination on the basis of social standing and caste. What are your opinions on such crucial subjects?

One should be recognized for their hard work, knowledge, talent or ambition instead of their financial status, origin or background. There are so many live examples of people from humble backgrounds having made it big. I connect with Rani’s character on a personal level because my family too, moved from Jharkhand to Mumbai for me to achieve my dreams.

I am really thankful to all my fans or as they call themselves – ‘Anushkians’ for making us a family of over 10 million. It still feels so surreal to have received so much love from so many people out there and I am grateful to God for every single one of them. I keep experimenting with my looks, post pictures and keep my fans updated on some of the things I’m up to through my social media presence and the kind of love I receive from them is truly overwhelming. I also speak to them once in a while and keep connecting with them some way or the other.

You are pursuing your graduation so how do you manage your studies and shoot together?

I actually just got admission in Mumbai University for pursuing my passion and that is BA in Filmography. It is a big thing for me. Currently we don’t go to college I person due to the pandemic, so I study and attend all my classes from home. But even before that I managed my time between the shoot and studies by making a set schedule that gives equal importance to both. I used to follow it thoroughly and I have been fortunate enough to have worked in the industry for 11 years now while studying and shooting altogether. Even my first show was with Zee TV, it was called ‘Yahaan Main Ghar Ghar kheli.’ So, I am really happy to be back on TV with Zee again as I have so many memories attached with it.

What were the preparations you did for the role and how did you learn the ‘Bihari’ accent?

I was born in Jharkhand and have most of my relatives residing there. So, when i was approached for this role, I immediately reached out to my father because I knew he would be the correct person to teach me that accent which I required while narrating my dialogues as Rani. The best part of all of this was that I got to bond really well with my dad, and he would often share several memories related to his school and college days back in Bihar. I am thankful to my dad that I didn’t have to go anywhere outside home to prep for this role which I honestly do hold very close to my heart.