The Appearance of a particular actor with the personality that they develop helps them to reach the top and appear to be the hottest. Let us see who between Parth Samthaan and Karan Singh Grover Tops the Hotness meter. So on the first basis talking about Parth Samthaan, he is the popular and stylish face of Indian Television. The person who has got great looks is a superb actor and has over 2 Million fans following. he does make our hearts skip a beat with his stylish looks! He has one of the most active social media fan clubs and with his cute smile and charming hot looks he can easily make girls go on their knees. Parth is the current TV sensation, stands out amidst other actors for he is super hotness. Parth Samthaan, the hot Indian hunk, stole the hearts of fans with his hot, dashing, charming and insta-worthy looks in Kasautii Zindagii Kay. His hot body pictures have made his fans fall in love with him all over again. His hot physique and looks make for a great presence on screen.

His posts have over 100k likes and thousands of comments. What makes his profile more special is his style. Parth Samthaan’s style is cool and casual; something which the youth totally resonates with nowadays and his sexy style and appearance are what makes his the hottie. 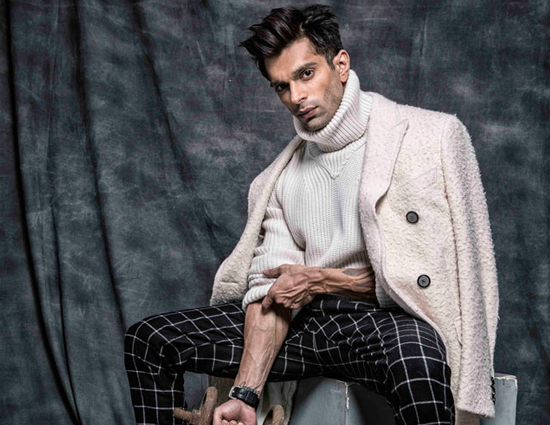 Each and every style and appearance of Karan Singh Grover is way too different and unique that instantly grabs the attention of all the fans. He superb physique and adorable personality are the reason are termed to be the hottest and have over 1.2 Million fans on Instagram. The way he styles and appearance is really eye catchy and fabulous.