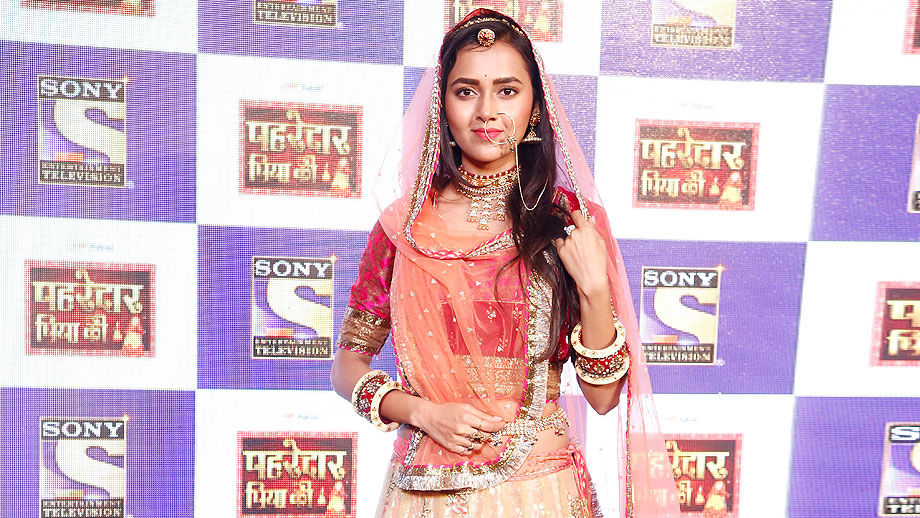 Television’s cute princess Tejasswi Prakash will soon be back on screen to enthrall audience with her enchanting beauty and acting talent.

The actress who impressed audience through her portrayal in shows like Sanskaar – Dharohar Apnon Ki and Swaragini, will now take viewers by storm with her new avatar Diya in Sony Entertainment Television’s upcoming show Pehredaar Piya Ki.

Talking about the show, Tejasswi shared, “Our show is not about child marriage. Just because the show showcases a child getting married, people might look at it as a child marriage concept. But the concept is not about our marriage. The show is about two friends who get married but don’t know anything about the concept of wedding and romance. They are together seen as best friends. The twist is that why my character Diya turns into Ratan’s (Affan Khan) protector. The entire story will revolve around it. In the show we are from a well-educated family and I do speak in English. We don’t believe in child marriage. I am upset that in Rajasthan, there are still now cases of child marriages. But our show does not promote child marriage.”

She continued, “I would just request audience to watch our show. If you think that we are portraying a wrong message through our project, we request you to watch our show so that your misunderstanding can get cleared.”

When asked how it has been working with Shashi Sumeet Production, she averred, “I have been blessed with a very good channel and production house. The entire team is very positive and I am very happy for my new journey.”

Finally, Tejasswi who likes to be in casuals is enjoying her royal look in the show. “I have a very feminine look in the show. I love my look as it is very royal and nice. Indian jewellery makes it look more gracious and majestic,” ended the pretty actress.

We wish Tejasswi good luck for her project.