Powerful women of the Hindi Television If there was ever a discussion about powerful women of the Hindi Television arena then this woman’s name would definitely be on top of most lists! Yes you guessed it right, she is none other than the boisterous Ekta Kapoor.

Ekta Kapoor, daughter of Jeetendra and Sobha Kapoor, is a standout amongst the best Indian business women. This prevailing ruler of Indian Television has in excess of 100 distinctive TV programs, crosswise over 5 dialects to her name. With over 20 films credited to her name till date, she has tasted the sweet success even on the big screen. Ekta Kapoor began her exciting journey at an extremely early age and in spite of numerous disappointments she managed to stay afloat and stay solid come what may. She is currently valued over 1.32 crore rupees and has a yearly pay of over fifty lakh rupees. Pretty neat, huh?
She began her own creation house ‘Balaji Telefilms’ in the year 1994 in the wake of finishing her graduation in Commerce. However, like every famous star, Ekta Kappor and her creation house has had their share of ups and downs! Ekta Kapoor’s initial couple of endeavours with Balaji Telefilms were massive flops unfortunately. The year 1995 brought great luck! The Kapoor generation house received immense accomplishment with the satire arrangement ‘Hum Paanch’. After ‘Hum Paanch’ a few another day by day cleansers like Mano Ya Na Mano, Captain House, Padosan and Kutumb went on to become hit amongst the Indian audiences.

What is most peculiar about Balaji Telefilms and about Ekta Kapoor though is the fascination of naming every Television serials they produced from the initial ‘K’ and the success of most serials attached to it. You can call it superstitious, fluke or just fate but what works, works!

Ekta Kapoor holds a spot in the rundown of ‘Asia’s Most Powerful Communicators’ by Asia week Magazine and stood third in the rundown of ’50 Most Influential Women in the Indian promoting, publicizing and media biological systems’ by IMPACT magazine. She was additionally granted Asia’s Social Empowerment Award- Freedom Through Education, in the year 2012. “I am honoured to receive such a prestigious award and believe that it is an endorsement of the capabilities of women and the power of the content that the Balaji team has created in television and films,” Kapoor said in a statement.

Ekta Kapoor’s adventure, her diligent work ethics and all the accomplishments are surely a benchmark for all other Indian women. She is a true testimony to the modern-women-can-have-it-all campaign and inspiring at that too! 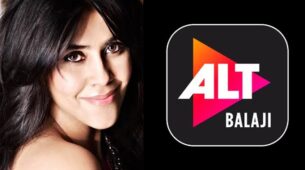