Actor Ram Kapoor is an Indian Television actor who played a role in many serials and also is seen acting in many Films. This Famous Actor is the talk of many people due to his amazing transformation, which is really Stunning. Ram Kapoor is popularly known for his acting in the show Bade Achhe Lagte Hain and Kasam Se. He also is seen playing roles in Bollywood Films like Udaan, Ek Main Aur Ekk Tu, Student of the year, Golmaal Returns and many such Bollywood movies. The Ram Kapoor is well known and popular in Television as well as Film Industry. Ram Kapoor the popular name has kept all the viewers amazed with his amazing transformation. The 45-year-old actor took to his Instagram account, where he shared a string of images of his lean physique by juxtaposing them with the old photographs. Many social media users, Ram Kapoor Family, Friends from Television, Film were amazed and stunned to see the amazing transformation of Ram Kapoor. The unrecognizable transformation of the actor is setting major fitness goals for his fans. They are very much inspired by the actor’s looks, as they have described him as ‘hot’ and ‘fit’. His fans flooded the comments section with praise for the actor and applauded his drastic transformation. While a few users said that the actor’s efforts to lose weight were inspirational, others said that they liked him even before the change. A few fans even expressed their amusement and called the star “unrecognizable” and “hot” post-transformation.

The actor really went through drastic physique transformation which really made him a handsome man in the industry, it really made him look younger than before. The fans were so surprised to see him, some of his fans are seeking for the secret behind his weight loss. In an old interview, Ram Kapoor had said that his ‘physique works for his career’ but he wished to be ‘healthier.’ And this is where he is today with a superb transformation in his Physique, which also made his personality look more charming and bold. 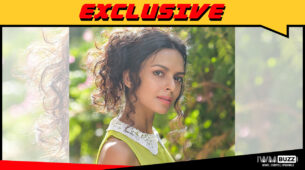 Why should all shows have an underlying message?, questions Vijayendra Kumeria of Naagin – Bhagya Ka Zehreela Khel