The actor is kicked about his new movie… Upen Patel, who gave a big hit down South with I (the film) as a negative lead, is looking forward to his new Hindi film.

He shares with IndianWikiMedia. “I have a beautiful character in romantic thriller Ek Haseena Thi Ek Deewana Tha. Sunny (his role) is a person with a big heart who cares for others more than himself.  He is ready to sacrifice his feelings to make the one he loves happy. ”

Going on his London born former model says, “My character in the above film has a lot of graph. He is not only battling the world but also fighting his own demons. He is trying out what makes loves tick… is it about friendship or physical attraction?  But his primary concern is about doing the right thing.   Playing such a character is good for it gives hope to people at a time when relationships are ending in a jiffy.”

Upen, who has also done few reality shows i.e. Bigg Boss 8,  Nach Baliye 7 and  Love  School,  is not very gung-ho about  TV .“ Reality shows are good for they give you a respected platform to come on as a  Bollywood actor.  The money on offer is also good and above all they run only for a short period of time.  But having said that they are tough to handle, full marks to those who do them.”

He is also not ready to do limited series fiction as well.  “For the moment I prefer cinema which allows me to play different types of characters.”

In closing, he has no qualms about all the talk regarding his personal life.  “When you grow your personal life becomes public and you have to accept it.”

Upen broke up with his Nach Baliye girlfriend Karishma Kotak. He is now rumoured to be involved with   Bollywood actress Amy Jackson.

We wish him all the best for his movie endeavour. Do catch it at a theater near you. 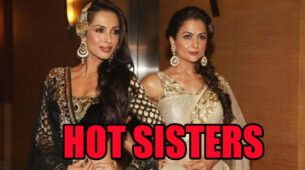