Paridhi Sharma joins the star-studded cast of Jag Jaanani Maa Vaishno Devi – Kahani Mata Rani ki. The talented and beautiful actress was approached to play a vital character of Vaishno Devi in the show. The previous lead of the show Puja Banerjee had to quit due to some personal reasons. This opened the doors for Paridhi who has a larger fan base among the audience.

When spoken to the actress she said, “I am really excited to play such an epic character in the show. I am really thankful to the makers of the show for believing in me and choosing me for this character. It is now a big responsibility to portray an important character as such. I believe in giving my 200% when it comes to playing any character. I have already started to watch few episodes of the show to understand the character even more. I hope that audience will shower their love and support. I pray that Mata Rani showers her blessings to play her character which is a privilege for me.”

The actress has an experience in playing powerful characters before. She has played a vital role in a historical character in one of her shows which was spoken among the masses for her impactful performance.

Considering all of the above things, the makers finally made a choice to choose Paridhi Sharma for this character. Jag Jaanani Maa Vaishno Devi- Kahani Mata Rani Ki has a star-studded cast which includes Madirakshi Mundle, Ishita Ganguly, Manisha Rawat, etc. These actors and their characters have already made a place in the hearts of the viewers. It will now be a challenging task for Paridhi Sharma to gain the confidence of the viewers. We are sure that the talented actress will triumph and win accolades for her character in the coming days.

We wish Paridhi Sharma all the luck for her new character in the show.

Also Read:Jodha Akbar made me a good looking TV star, Patiala Babes has given me the title of a great actor- Paridhi Sharma Jodha Akbar made me a good looking TV star, Patiala Babes has given me the title of a great actor- Paridhi Sharma 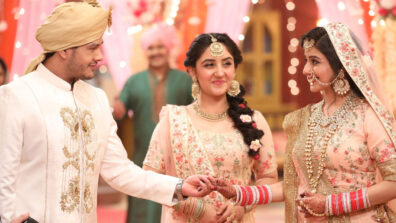 Patiala Babes: Hanuman and Babita to tie the knot Patiala Babes on Sony TV to go off air 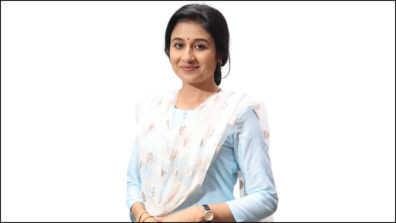 Patiala Babes has made me aware about a lot of Women Rights: Paridhi Sharma Paridhi Sharma a.k.a Babes of Patiala Babes is an expert in making resumes