In the 2014 Lok Sabha Elections, BJP minister Smriti Irani gave a tough competition to Congress scion Rahul Gandhi in Amethi. Although she lost, Smriti became the youngest cabinet minister in the Modi government after being appointed as the Minister of Human Resource Development. She currently holds the Ministry of Textiles in a cabinet reshuffle in 2016. The actress turned politician has come a long way since her early modeling days in terms of her political career. Here’s a quick look at the rise of India’s favorite bahu who traversed from television to politics with a flourish. Eldest of the three sisters, Smriti Irani was born in Punjabi-Bengali family in Delhi. From her childhood days Smriti was a part of the Rashtriya Swayamsevak Sangh (RSS) as her grandfather was an RSS swayamsevak.

Born in a conservative family Smriti Irani decided to break norms and try her luck in the glam world. She was one of the models participating in the Femina Miss India 1998. She couldn’t reach the finals but wanting to continue her modeling career, Smriti came to Mumbai where she worked at McDonald’s to support herself. In the year 2000, she made her TV debut with shows ‘Aatish’ and ‘Hum Hain Kal Aaj Kal Aur Kal.’ It was in mid 2000 when she was called in to host a episode of “Ooh La La La” that super-producer Ekta Kapoor noticed her and offered her the lead role of ‘Tulsi Virani’ in the iconic TV serial ‘Kyunki Saas Bhi Kabhi Bahu Thi. Her character as the ideal daughter-in-law & a loving wife made her the most popular bahu on small screen and a household name. She got married to her childhood friend Zubin Irani during the show. She has two children and is a step mother to her husband’s child from his previous marriage. Smriti left the show in 2007 but continued to dabble in production ventures of her own.

Her Rise in Politics

During the course of her TV stint, Smriti took a plunge into politics and joined the BJP party in 2003. She contested the 2004 Lok Sabha Elections from Chandni Chowk in Delhi and although she lost it, Smriti was made the Vice-President of the Maharashtra Youth Wing in 2004. She was appointed as the National Secretary of BJP and All India President of the BJP Mahila Morcha in early 2010. 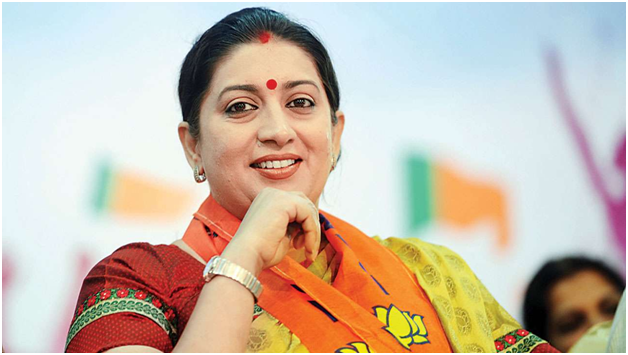 A year later, she was sworn in as a Member of Parliament and then was appointed as BJP’s Vice-President.

Her appointment at some of the highest positions saw a lot of criticism and heated arguments when she was accused of misrepresenting her educational qualifications and submitting contradicting affidavits before filing for contesting different elections. TV actress Smriti Irani’s rise as a solid politician has been evident from 2004 and her political journey has certainly been eventful. She is highly-opinionated with a strong personality that makes her an influential leader. She actively works and advocates women rights and has also been involved in a lot of social development causes. She is yet again set to contest in the upcoming 2019 elections against Rahul Gandhi from the Amethi constituency. 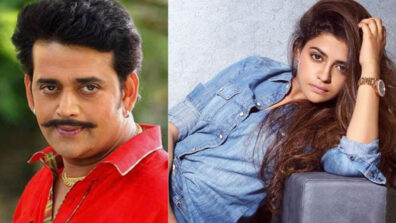 Hasan Minhaj hits out at Modi Government for CAA 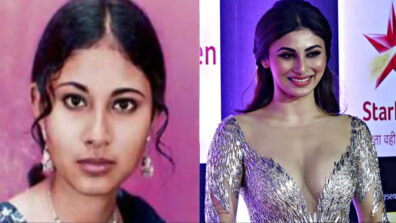