Check out our exclusive conversation with Karan Wahi ahead of Khatron Ke Khiladi: Made in India season Karan Wahi is undoubtedly one of the most good-looking and talented faces of the Indian entertainment industry. His body of work has helped him earn a legion of fans for himself and Karan will next be seen rocking the stage in the upcoming season of Khatron Ke Khiladi -Made in India. Khatron Ke Khiladi is a show which is all about conquering fears. When we asked Karan about his biggest fear related to the show, he was quoted as saying,

“To be very honest, everyone is here to compete and give their best shot and it’s truly difficult to pick or choose one. I can’t really point one individual as my biggest competition but as far as what I feel, one person who’s going to give us all a run for our money is Rithvik Dhanjani. He’s damn good.”

When asked further about what is going to be different in terms of stunts in Khatron Ke Khiladi – Made In India, he concluded saying,

“Well, as per as the protocol is concerned, we can’t really know about it beforehand. But as per what I feel, things that will be readily and easily available in India will be there. A lot of things aren’t allowed in India so we will be doing everything which will be allowed as per the rules and regulations. I am looking forward to.” 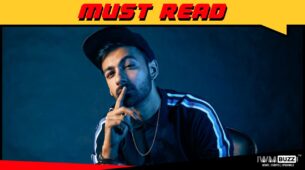