Ayush Anand who plays the antagonist Aditya in Star Plus’ Tu Sooraj gets into a conversation with IWMBuzz.com 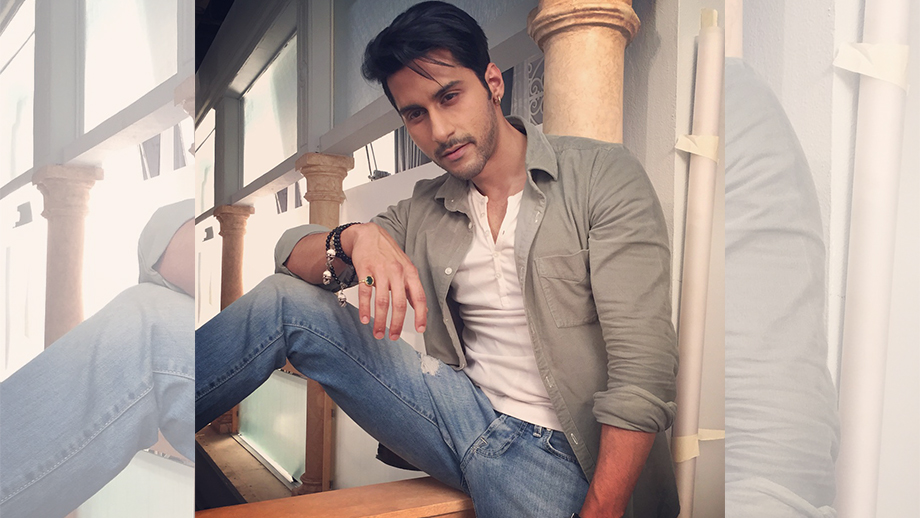 Ayush Anand has very effortlessly gotten into the skin of the brat Aditya in Star Plus’ popular show Tu Sooraj Main Saanjh Piyaji (Shashi Sumeet Productions) and has been creating enormous entertainment value for the loyal watchers of the show!!

Ayush who has earlier featured in shows Jodhaa Akbar, Balika Vadhu, Ishqbaaaz is not afraid of being typecast in the negative space…

He says, “To tell you frankly, I was frightened when I was offered this role. I was in two minds. However, with the character shaping up well, I am placed in good stead. All credit goes to the entire team of Tu Sooraj, starting from the Director, Producer, Writer and the technicians involved. While the results are not in our hands, our motive as actors is to give our cent percent. We as a team stay positive and believe in our work.”

“One thing that I can tell is that I am grateful, blessed, privileged, lucky and humbled and all the words that fall into this category for having got this opportunity. My team has given me the complete liberty to improvise. My character is above all backed by a beautiful script. This is a lifetime opportunity for me,” adds Ayush.

Ask him about the new strategy deployed by his character post his re-entry after the leap, and Ayush avers, “Earlier, Aditya used to team up with his mom. But now he has found a new partner in crime in his Bhabhisa essayed by Kangna Sharma. His motive is to create havoc in the lives of Uma and Kanak. He very well realizes that he went to jail because of Kanak and this time is bit more vengeful in addition to being naughty.”

Ayush feels blessed to have been in the company of senior actors in his shows Ishqbaaaz and Tu Sooraj. “The best part is that I have worked with senior actors who have never been insecure about work, and have been concerned about work in hand. They have been extremely professional and supportive.”

Ayush shares a very close bond with Avinesh Rekhi in real life. “I call him AV Bhai lovingly. We are like brothers born to different mothers. I share a similar bond with our Director Yogi Bhai too.”

He promises to keep his fans entertained with his good work. “I will give my 100 percent whenever I lay my hands at the material given to me. This is the promise I make to my fans.”

Ask him about the viewers’ response to his negativity and he shares, “The thought process of TV viewers is much more evolved now. They now understand that an actor just performs in the character given to him. They are only concerned with the acting skills now, and are happy if an actor lives up to the expectations. Having said this, every one person’s opinion differs. I cannot keep everyone happy. But the response and messages that I keep getting are very encouraging and overwhelming. Even if I get the hate messages, I usually take them in my stride and take it as a praise for my performance.”