Rubina Dilaik, Saumya of Shakti Astitva Ke Ehsaas Ki gets into a conversation on her future prospects with the show. 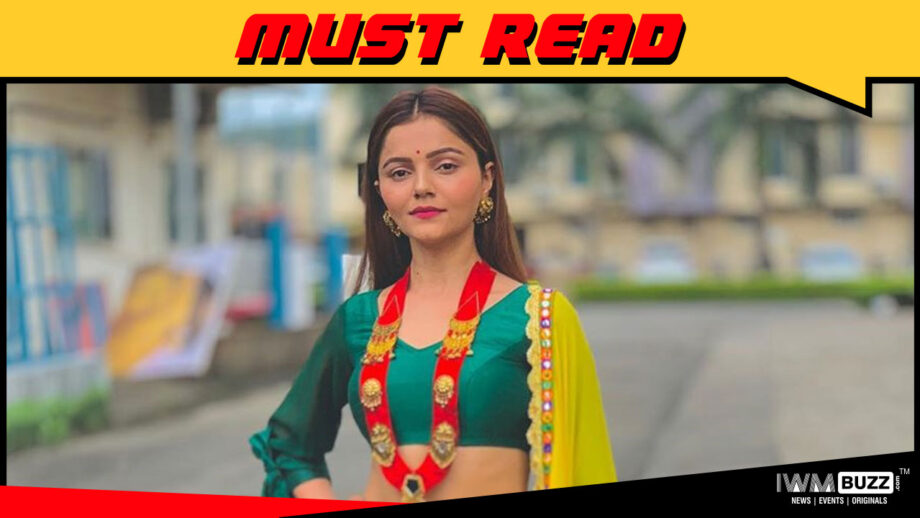 Rubina Dilaik the stunning actress redefined ‘lead role’ on Indian television when she took up the extremely risky and challenging role of a eunuch girl for the Colors show Shakti Astitva Ke Ehsaas Ki produced by Rashmi Sharma Productions.

As Saumya, she has not only given a win-win situation for TV with respect to coming up with concepts that are out-of-the-box, but has also managed to earn huge fame and recognition for being brave enough to lap up this role.

Now, with the show in its 4th year, Shakti Astitva Ke Ehsaas Ki will see a huge track wherein there is every chance of Rubina Dilaik exiting the show (as per reports).

As we know the show is taking a generation leap very soon, and though Rubina has not openly confirmed or denied her presence in the show, the rumour mills are abuzz with the news of Rubina’s exit.

Also the recent promo of Saumya’s picture being garlanded indicates something huge.

We at IWMBuzz.com talked to Rubina Dilaik who says, “The show is gearing up for something really huge, which has not happened any time in these 4 years. The track is definitely going to be as intriguing as the promo is.”

“My show has to see a new phase and a new chapter, which will help the show to grow further. And that’s exactly what the makers are planning at the moment. And I am a part of the plan,” she adds.

Ask about her exit and character’s death from the show and she exclaims, “Till the time it does not come from the makers, I really cannot comment on it. As of now, I am with the show, both physically as well as mentally. Whatever happens in the future for Shakti Astitva Ke Ehsaas Ki will be for the best. And let us see what time unfolds.”

“All I can say is that after four years, there will be a major high point coming in our show”, she adds.

Only time will tell whether Rubina will stay put or exit from Shakti Astitva Ke Ehsaas Ki.

Here’s wishing her all the very best!!