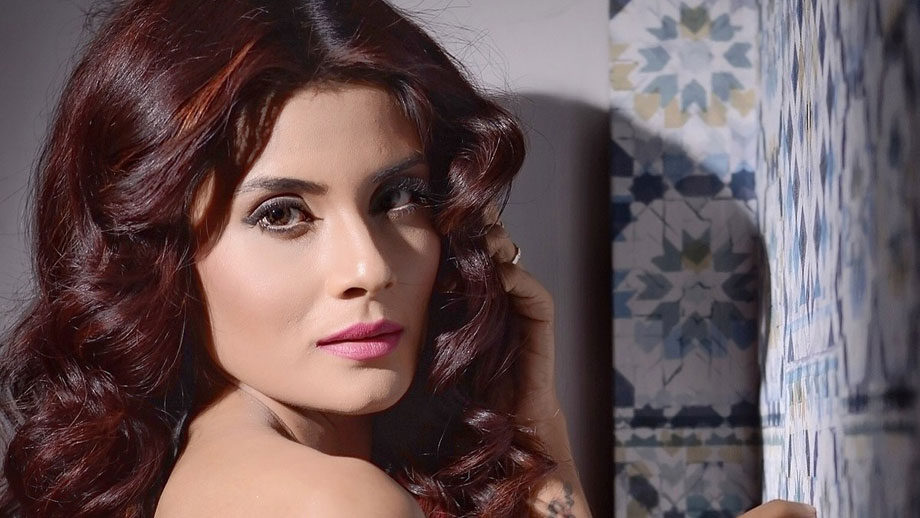 Beautiful Assamese girl,Shamin Mannan, who is currently playing the negative lead in Colors show, Kasam Tere Pyaar Ki, is hopeful of a second innings in TV. “After going strong with Sanskaar,I had takena film break. For nearly a year, I had not given any TV auditions.” Before that, she had also done Santaan and Maat Pitaah Ke Charnon Mein Swarg.

“I got a film,Love Shagun, as well, but unfortunately, it did not get a proper release. But I am happy, as my comic character was appreciated. After the release of the film, I was approached for a comic show last year, but unfortunately, the channel itself did not see the light of day.” Her ill luck did not end there. She was part of the initial line-up of the ill-fated Discovery Jeet channel, i.e. Dar Ke Us Paar.

“In the meantime, I got Kasam, and the fact that it allowed me to experiment with myself, made me say yes to the character ofMalishka. She has many guys after her but she only wants money, hence has designs on Rishi (Ssharad Malhotra).”

How is it, working with the leads?

“I have worked with Ssharad before,in Banoo Main Teri Dulhann. I have more scenes with him. Kratika is also quite chilled out. The entire cast is really good to be with.”

Talking about Kasam’s ratings, she says, “We are doing well, considering our early evening time slot. Our numbers went up a bit last week. In a way, we are doing comparatively better than other prime time shows like Belan Wali Bahu, etc.” The latter show is now on the way out.

Looking ahead, Shamin, who got hitched last year, is again looking at garnering lead characters on TV. “I am sure something good is on the anvil. At first, I was worried about being typecast, but the Balaji team assured me that Malishka will not kind of typecast me into doing only vamp roles. Malishka is very sweet on the face, with a hidden knife.”

Besides TV, she is also open to doing web series. “I have no qualms in doing bold roles but they need to have a reason. I will not do anything just to titillate the audiences. I would love to associate with digital biggies like Alt Balaji, Netflix, etc.”