World’s longest-running family comedy serial- Taarak Mehta Ka Ooltah Chashmah (TMKOC) enters into the 12th year, and to mark the joyous occasion a cake cutting ceremony was organized on the 28th at the sets of TMKOC. Alongside, a special audio-visual presentation reminiscing the show’s beginnings and its journey through the years was screened for its fans, crew and the cast. The show’s cast and crew participated in the celebrations, and the evening became doubly special with Mr. NP Singh, CEO, Sony Pictures Networks and Mr. Neeraj Vyas, Business Head, SAB TV gracing the occasion.

“For creative people, a show or a film is like their own child and witnessing the success of one’s own child is the most beautiful experience. For me, Taarak Mehta Ka Ooltah Chashmah is like my own child. To see its success is amazing and to be part of that success only doubles the joy and pride. The happiness I am experiencing while embarking on the journey of its twelfth year cannot be expressed in words. Our audiences have not only loved the show but have become part of the TMKOC family. My artistes have lived the characters and enjoyed them. My technical support team has been a pillar of strength. We all have had our little disagreements but then each family goes through that. There isn’t even a single incident or a track or an association that I regret. God has been kind and generous. I thank our supporters as well as our critics for shaping us into what we are – a family entertainer with values,” says Mr. Asit Kumarr Modi, Founder & Managing Director, Neela Tele Films Private Limited.

TMKOC made its first appearance on 28th July 2008 and since then has telecast over 2700 episodes making it the longest-running family comedy show in the world. The show is aired on SAB TV, Sony Pictures Network India.

“Eleven years ago when we commissioned the serial, we hadn’t imagined that it would go on to achieve such a big milestone. The fanfare and viewership that this show enjoys is unprecedented and has become a part of the daily routine for so many people in the country. We were under the belief that the show will have its viewers mostly from the western regions in the country but over the years we have learnt that TMKOC has found a niche for itself across all the States in India. The show has become a kind of stress buster for many while also spreading important social messages through wit and comedy,” says Mr. N. P. Singh.

“I have known Asit ji for over 25 years, and I know for a fact that it is purely his conviction and belief which has made the show what it is today. Our channel and the show are synonymous with each other and are inseparable parts of the same unit. TMKOC has brought joy and spread cheers to the channel’s viewer base for over a decade and we wish that it continues to make us laugh for at least another decade. I wish that TMKOC goes on to break all records to soar new heights of success in the family comedy genre of Indian television,” says Mr. Neeraj Vyas, Business Head, SAB TV.

“Are we really entering into the twelfth year? It feels like yesterday when the show had begun. Who would have thought that the character of Jethalal will grow to this mammoth size! The journey has been happy and fruitful through which all the actors and our technical team have become like one big happy family. Naturally, we don’t even realize how time flew by. TMKOC has become a constant companion of not only the audience but also of the actors and the team. I am grateful to Late Shri Taarak Mehta Ji for creating the character of Jethalal and to Asit Bhai for coming up with such unique and interesting situations for Jethalal in the show. We are thankful to the audience for their constant love and support,” concludes Mr. Dilip Joshi who plays the character of Jethalal Gada in the show. 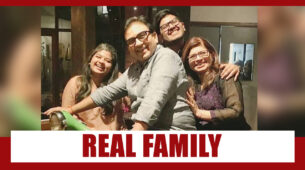