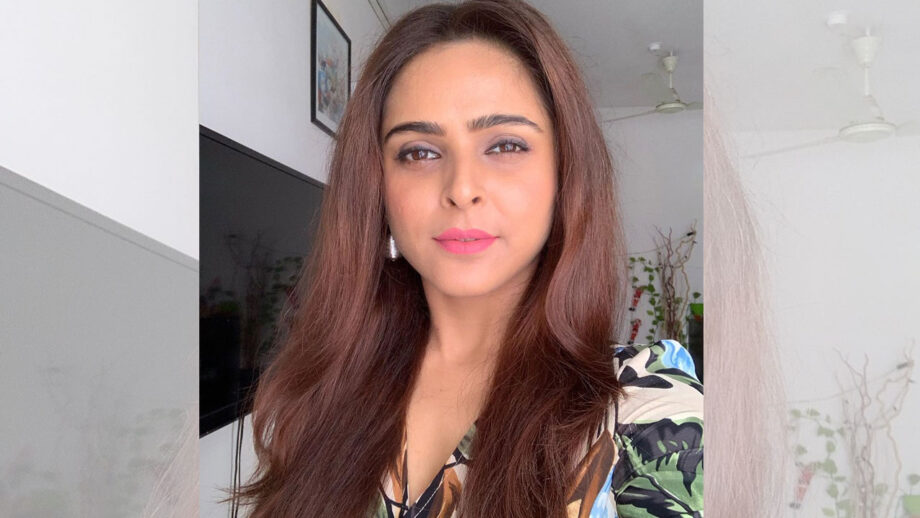 Wild card Madhurima Tuli is hopeful that this time around, her ex-jodi with Vishal Aditya Singh in Nach Baliye 9 will not be as dramatic as last time (they had fought and she had even reportedly slapped him).

“This break was needed, given all that has happened. Both of us have agreed to let bygones be bygones and concentrate only on our dance. We hope not to annoy the judges (Raveena Tandon and Ahmed Khan) any more.”

“Otherwise it is not worth coming back. Had it not been sorted out, at least I would not have returned.” This very much in the news duo had come together during the shoot of Colors’ fantasy show Chandrakanta, but soon spilt due to different approaches to life.

“So far, the ceasefire is holding and our rehearsal process has also become smoother than before,” says Madhurima, who was also part of the Akshay Kumar film, Baby.

Interestingly, none of the other ex-jodis, Urvashi Dholakia – Anuj Sachdeva and Aly Goni – Natasha Stankovic have bickered amongst themselves, giving wind to rumours that the spat between Madhurima and Vishal was done for publicity.

“People will say what they want. Now we will not play victim. At least I will be strong and not give way to emotions, preferring to focus only on my performance.”

Here, she admitted that the public spectacle has proved to be a blessing in disguise. “Despite all the fights, fans have loved our performances so much that they wanted us back.”

“Possibly, the wild card option was always written in the contract, but the channel alone decides who they want back from the list of eliminated jodis (Geeta Phogat – Pawan Kumar, Vindu Dara Singh – Dina Umarova, etc.)”, added she.

She does not think any particular Jodi left in the fray is a lesser threat. “All are very good (Anita Hassanandani – Rohit Reddy, Shantanu Maheshwari – Nityaami Shirke and Shraddha Arya – Alam Makkar). Anybody can be potent on a given day, so can’t take anyone for granted.”

In closing, we ask whether she is sure that like her, Vishal too will continue to walk the above decent mile and not do public laundry. “How can I speak for him? All I know is that as professionals, we have agreed to bury the hatchet to be back.”