The style with amazing acting that creates inspiration and terms them to be the cutest and most loved, Is the true success of a particular actor. So let us have a look at All the times Shaheer Sheikh was the epitome of Cuteness. He was also spotted as the most desirable Men on Indian Television among the 20 as of 1st and 4th in the year 2017 and 2018. Also In the year 2016 and 2018, he was listed 25th and 17th among the 50 Sexiest Asian Man in Eastern Eye. This cutie-pie has evolved over various fields and is found to be a versatile actor as he creates wow in each and every place that he is spotted.

Shaheer Sheikh is one of those actors who can win the heart of his viewers with his hot looks and sensational acting. This popular face of Indian Television is now seen to be changed completely in his style and appearance. He is seen wearing trendy attire that suits him and his body fit which gives an ace to his personality. What’s new and going on trends in the style and fashion of Shaheer Sheikh now a day. This actor is not only seen to be hot and sexy in his style but also spotted to be the way too cute at times. The Pictures of him are found to be damn cute and he looks adorable in those. Have you ever scrolled through Shaheer Sheikh Instagram profile ever.. if you haven’t you are literally missing on your daily dose of cuteness and if you have we are sure you know what we are talking about. His photoshoots and his pictures on Instagram are totally the cutest. We surely get our daily dosage of cuteness from his profile only and his cuteness is the main reason he is ruling her Instagram page with over 3.2 Million fans following.

Shaheer Sheikh is found to be cute all times and through his Instagram feed, we come to know that he is fascinated about small kids and he with them makes him more cute. 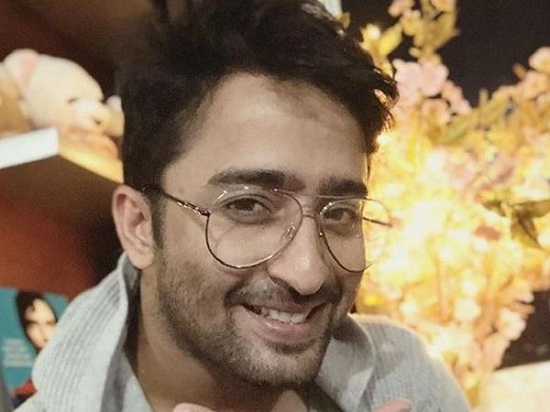