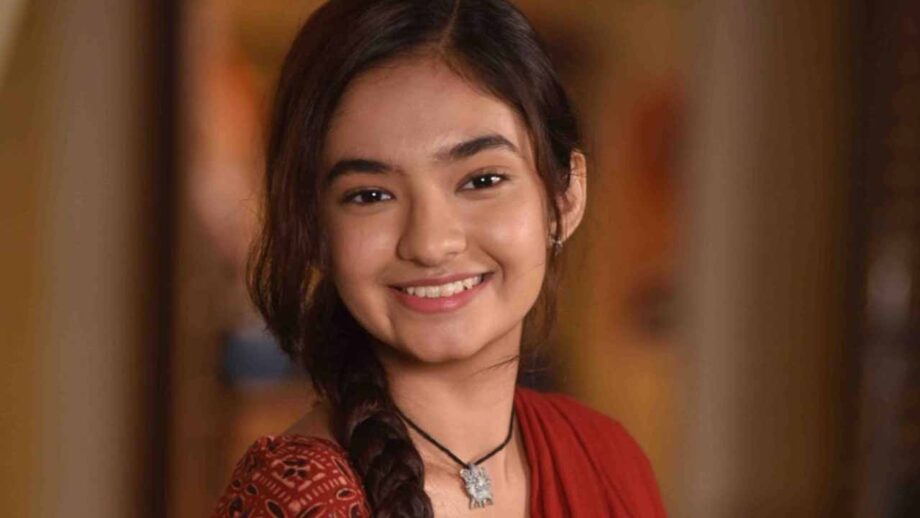 Zee TV’s upcoming fiction show Apna Bhi Time Ayega is an inspiring narrative that follows the journey of Rani , the young daughter of a head staff in the affluent Rajawat family of Jaipur, who refuses to be tied down by her humble roots and wishes to break free from the shackles of her background, leverage her intelligence and talent, chase her dreams and carve her own destiny. The family drama debunks the deep-rooted class system and questions society’s unwritten rulebook of ‘aukaat’, which almost curtails the chances of the lower strata in taking charge of their destiny and rising above their means.

While popular actress and social media star Anushka Sen will be seen essaying her first lead role of Rani in this show, the actress has also now got a song to introduce her spirited character. The song was composed and designed keeping Anushka’s character Rani in mind and has a rather upbeat, determined and passionate vibe to it.

With Manasvi Arya’s lyrics and Punit Dixit composing and directing it, the song brings out the essence and earthiness of Rani’s character brilliantly. Giving an authentic Rajasthani touch to the song, the makers decided to rope in Amrit Rajsthani Harasar who hails from the vibrant state himself to lend his voice to the track. Titled ‘The Spirit of Rani’ , the show’s track bares the soul of Rani and conjures the image of a young woman from the heartlands of India who will not let detractors and their prejudices against her background put a wet blanket on her life goals and aspirations.

Donning an earthy, rustic and grounded look for this song as well as the show, an excited Anushka Sen said, “I had quite a lot of fun  shooting for this song and  I feel it essentially brings out the essence of the character brilliantly. Infact, I was listening to it on a loop because it would help me understand the traits of my character that needed to depicted as per the lyrics written for the song. I personally also love how my simple and rustic look also goes in sync with the song’s tune which is upbeat and yet so close to the Rajasthani culture,  like a perfect blend. I hope our audiences also appreciate the music and also shower all their love on Rani. I thank Zee TV and the makers of my show Apna Time Bhi Ayega for creating this beautiful piece for my character.”

Producer and Writer, Ved Raj, Shoonya Square Productions expressed, “The title track has a short tale behind it. Initially there was no decision taken on creating a title track for the show but as the character and story started growing, we decided on creating one. Rani as a character has a remarkable spunk to her as she is aspirational, free-spirited and intelligent, hence the name of the track is also ‘Spirit of Rani’ which truly does justice to the character. Anushka has also done a brilliant job in bringing out the character alive on screen. Hope the audience is going to love Rani and our show.”

We also hear that for the first time, a song was penned down keeping an actor’s portrayal of a character in mind which has never happened on Indian television. The composers and writers actually drew inspiration on seeing Anushka as Rani before they created the soulful composition.