Sharmilee Raj speaks on lockdown and on her show Baalveer and his magical troop of fairies have continued to capture the imagination of millions across the country with their bravery and courage with a hint of magic. Sony SAB’s Baalveer Returns has the most dynamic set of fairies with powers so special and unique which are meant to destroy even the strongest evil. Sony SAB’s beloved fantasy show, Baalveer Returns is winning hearts with its captivating storyline and powerful performances by immensely talented artistes such as Dev Joshi as Baalveer, Pavitra Punia as Timnasa and Sharmilee Raj as Baalpari amongst others.

The entire cast of Baalveer Returns has been spending time at home with shoots coming to a standstill but have utilized this time to learn and do things to help weave some magic in their daily lives. While the fairies on the show can’t use their super-powers currently, Sharmilee Raj, who essays the role of Baalpari has discovered her real-life superpowers which are helping her keep the spirits high amidst these challenging times.

Sharmilee Raj aka Baalpari shared, “The superpower that I feel I have is the ability to fight the good and evil within and the ability to keep working towards making myself better. Every individual has a good and an evil side and I believe in overcoming any negative thoughts by focusing on the positive in me and around me. This aspect is very similar to my character, Baalpari. This ability has helped me immensely during this uncertain and challenging time because it is very easy to delve into negative thoughts when our lives have taken such a drastic turn. So, my ultimate power has been to keep myself emotionally and physically in a positive place.”

While talking about how she dealt with this unprecedented change, Sharmilee revealed, “I never thought life can be without having to go to work. It was very tough for me to adjust to this shift of being at home and not working on my passion which is acting. But with time, I realized that there can be life without being at work as well and this phase has given me a lot of time to work on myself and has brought me much closer to my family.”

Sharmilee further added, “While this break has been rejuvenating and a completely new experience. I eagerly look forward to being in front of the camera again and get into my character of Baalpari.” 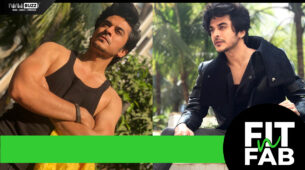 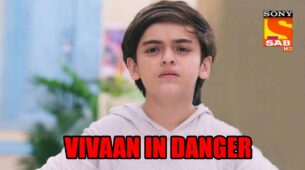