Did you know Vijyendra Kumeria used to work in a cabin crew of an airlines? Actor Vijayendra Kumeria, who hails from Ahmedabad, had come to Mumbai in the year 2006 to work as a cabin crew in a reputed airline. After doing this job for a few years he decided to follow his passion of acting and left his job. He says, “I have worked as a cabin crew in both domestic and international sectors. I was in Qatar for 2 years and was getting a good salary and the job was a secure one. But I wanted to become an actor and wanted to give it a try. My mother was very reluctant about this , but I convinced her by giving myself a target of one and a half years. If nothing was working I would have left acting. But destiny had a different plan. I started with small roles and then gradually got lead roles. My shows Shastri Sisters and Udaan gave me meaty roles and the audience have liked my work. Udaan was a life-changing experience for me. The role had multiple layers and the turnaround from a negative to a positive role was liked by the audience. Naagin has contributed in my career graph. The feedback has been amazing.”

Interestingly Vijayendra met his wife Preeti while working for the airline. Preeti was also a member of the cabin crew. He adds, ”We met at work and gradually we realised that our dreams, aspirations and thought processes are same. When your life partner has the same dream you have that’s the best feeling in the world. We also have a beautiful daughter to compete our family. I have no regrets of leaving a steady job.”

Preeti is currently taking care of our production house Kumeria Productions.” On being asked about lockdown he says, “I am staying home and urge all my audiences to follow the guidelines as stated by the government. Nothing is more important than your life at this stage. 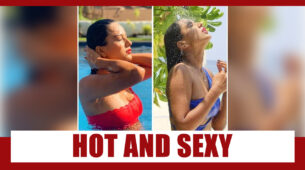