Presenting the nominees for the Syska Style Award for Most Stylish Beard: Vote Now IWMBuzz, in association with Syska Personal Care, is bringing the Style Awards to the television industry. This is an interesting partnership between IWMBuzz and Syska, wherein the most stylish stars in the TV industry will be voted for and honoured, based across various categories. Audiences will vote for the celebrity who according to them deserves to win the Syska Style Award in that category.

We scoured the TV entertainment industry for celebs with the most stylish stubble. And lo! Look what we came back with! Presenting the nominees for the Syska Style Award for Most Stylish Beard- Hunky Ravi Dubey effortlessly switches from being the boy next door to the hot and sizzling style icon adored by his legion of Instagram followers. And that sexy stubble he wears with such casual sensuality, adds to his allure, amping up his style quotient million times over. 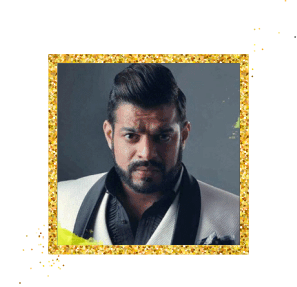 Karan Patel oozes sophistication in his superhit show, Ye Hain Mohabbatein. His strong silent persona is sizzling enough to make any woman go weak in the knees. His stylish beard, groomed to perfection, lends him a charismatic magnetism that is perfect for both, the boardroom, and err…..the bedroom. One can experience the full blast of Zain Imam’s dapper appeal in his latest, Ek Bhram Sarvagun Sampanna. The Naamkarann star exudes the I-am-hot vibes and his scorching sexiness is amplified by the sexy stubble he sports with breezy charm. Female fans are dying to run a hand over its velvety sensuousness. Ah, the agony and the ecstasy of it! Those bohemian locks, coupled with his striking looks, had women swooning over the dreamboat in Ishqbaaz. Kunal totally nails the uber-sexy look with his designer beard. His carefully styled stubble lends him a droolicious rugged charm edged with oh-so-sophisticated glamour. Caution: Sexy quotient overloaded! 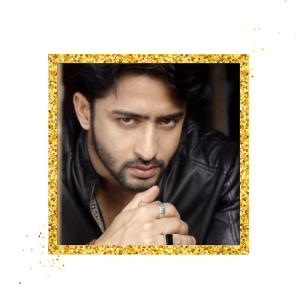 The enchanting boy next door transformed into a searing hot sex symbol the minute his sexy stubble came into being. The tempting appeal of that oh-so-sexy cleft on his chin is enhanced exponentially by the silken sexiness of his trendy beard. As far as beards go, Shaheer sure is setting the style stakes on fire! Karan Wahi smolders in every role he graces. His blistering manliness, coupled with his rakish good looks, charms every woman from 16 to 60. And what do you know! It’s his chic beard that does most of the talking when it comes to impressing the fairer sex. Groomed to classy perfection, his stubble deserves a place in the Beard Hall of Fame, if ever there was one! Arjun Bijlani is the charming bandit who’s stolen all our hearts ever since Ishq Mein Marjawan hit our TV screens. And his suave stubble has made him hot property among the female population. His carefully groomed designer beard is something every female drools over and every male hankers for. Handle with care: this guy and his beard are hotness personified! Harshad Chopda’s fiery good looks hooked women to the screen in his Bepannah outing. The rebel without a cause attracts the fairer sex as easily as honey attracts bees.To cap it, Harshad’s beard game is top-notch. That sensual jawline, enhanced by his rugged scruff, lends an edgy machismo to his already smouldering personality.