Presenting the nominees for the Syska Style Award for Most Stylish Hair – Reel. Vote Now IWMBuzz, in association with Syska Personal Care, is bringing the Style Awards to the television industry. This is an interesting partnership between IWMBuzz and Syska, wherein the most stylish stars in the TV industry will be voted for and honoured, based across various categories. Audiences will vote for the celebrity who according to them deserves to win the Syska Style Award in that category.

We scoured the TV entertainment industry for leading ladies with the most stylish hair in their reel avatars. And lo! Look what we came back with! Presenting the nominees for the Syska Style Award for Most Stylish Hair – Reel Demure beauty Ashi Singh has made it a habit with stealing hearts each time she appears on screen in YehUnDinon Ki BaatHai. Her refreshingly innocent beauty garners her fans in droves. But it is her mesmeric hair that captivates viewers and holds them prisoner. Whether it is her beguiling plaits or gently curling waves brushing over her forehead and shoulders, Ashi’s hair in the show certainly has a life of its own. 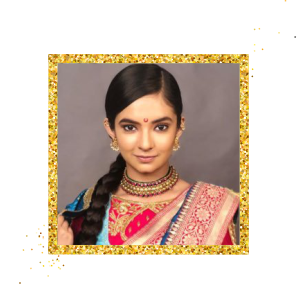 The Rani of Jhansi is not to be crossed swords with, whether on screen in her eponymous show, or in the real-life beauty stakes. Anushka undergoes a fiery transformation, each time she appears on screen in the show. But it is her hair, aah, her long, flowing hair that bewitches. Plaited into an alluring sinuous Rapunzel-esque rope, it winds down her back and ensnares viewers, never to let go. 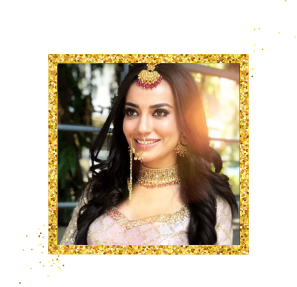 Surbhi Jyoti dazzles on screen as a sensuous snake-woman in Naagin, luring viewers into her seductive spell. And she has her incredibly shimmering and alluring tresses to thank, for her hypnotic charisma on screen. The long, flowing locks, burnished with the sheen of gold, are her claim to legit diva status. The Kuch Rang Pyaar Ke Aise Bhi star continues to rule the hearts of her fans. She now essays the protagonist Prerna in Kasautii Zindagii Kay. Her statuesque beauty effortlessly holds audiences in its thrall, but it is her lush tresses, cascading down her back in a burnished, enthralling curtain of black, that catches the eye in her screen outings. Rubina Dilaik’s naïve and charming turn in Shakti Astitva Ek Ahsaas Ki stole a million hearts. But it is her sleek shiny tresses, gleaming with an ethereal radiance, that steal the show here. The enticing wisps of rich gleaming cinnamon brown work their magic on screen, whether tied up in an elegant chignon or left loose in a gracefully flowing tumble. The Kundali Bhagya beauty has lots going for her. Glamorous beauty combined with compelling screen presence makes her a delight to watch on screen. But her long, luscious auburn wavesin the show are absolutely perfection. The perfectly-flicked layers bestow an elegance that’s timeless. Shrenu Parikh became a mega star with her Ishqbaaaz outing. And now, Ek Bhram Sarva Gun Sampanna has catapulted her to the top of the charts in audience popularity. Traditional beauty that she is,Shrenu’s shimmery locks enhance her loveliness on screen. The avalanche of rich chocolate brown hair tumbles down her shoulders, drowning viewers in its alluring depths. 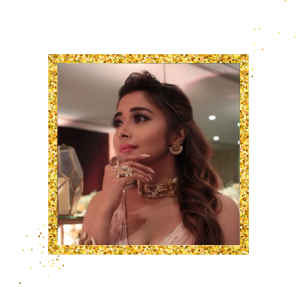 Petite Tina Dutta is enthralling viewers on screen all over again with her Daayan turn. Her fragile beauty is vastly heightened by her gorgeous, gold-flecked hair. The rippling layers of sensuousness curling softly down her back bequeath her with a chic exquisiteness that girls would give an arm and leg for.

Who is the SPECIAL one in Kasautii Zindagii Kay actress Erica Fernandes's life during lockdown? find here