We all know that ‘beatking’ Sumedh Mudgalkar loves music. He gets groovy and hums a tune whenever possible.

Furthermore, this guy Sumedh Mudgalkar has made us all impressed with his acting accolades (RadhaKrishn).

It isn’t wrong to say that he is here to rule Indian television. Sumedh already had a massive fan following before even coming to the acting industry, and now he has emerged to be one of the best actors.

Check out this latest video where he is seen playing a guitar and singing. 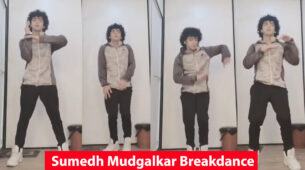