Kundali Bhagya has been the top Indian television show right since its launch. With a stellar cast including the likes of Dheeraj Dhoopar (Karan), Shraddha Arya (Preeta), Manit Joura (Rishabh), Abhishek Kapur (Sameer) and Anjum Fakih (Shrishti) along with a captivating plot, the show has always managed to keep its viewers on the edge of their seats. The show has been loved by one and all and while a dramatic twist was just about to take place, it came to a sudden halt due to the COVID-19 Lockdown. Since then, all the actors have been trying to entertain their fans through social media as well as trying to help out anyone and everyone in whatever little way they can. Karan a.k.a. Dheeraj Dhoopar isn’t an exception!

Prior to resuming shoots for his show Kundali Bhagya, Dheeraj thoroughly indulged in pampering his wife by cooking Indian delicacies for her. The actor went on to disclose the fact if he wouldn’t have taken up acting, his alternate career option would be opening up his own chain of restaurants, preferably in the famous Paranthe Wali Gali.

Talking further about this secret passion of his Dheeraj shared, “During the lockdown, I tried to take care of and pamper my wife as much as I could. I somewhat aced the art of making parathas, and I prepared ‘gobi parathas’ for her on her birthday. Earlier too, I made ‘aloo parathas’. It is safe to say that God forbid, if I hadn’t made it as an actor, I could have taken up cooking as an alternate career option. Opening up a restaurant seems like a decent option for me. If I ever have to open a restaurant, I would undoubtedly choose Paranthe Wali Gali as the location”.

With all the actors of the show excited to be back on set, it was an emotional reunion for the stars on the set including Dheeraj who could barely contain his excitement and delight to be back on set. The actor who although was slightly sceptical of resuming shoots earlier, is back with the powerhouse of energy that he holds within him, taking proper precautions, and making sure everyone around him follows the hygiene protocols. Adding further, he shared, “The whole thought of shooting amidst such critical situations is intimidating but having said that, I am also extremely excited and elated to return to the set after a long gap and to be able to meet my extended family. As for precautionary measures, I’m doing all that is in my power. I am strictly maintaining social distance, sanitizing at regular intervals and reminding others to do the same. I hope our world heals soon. Till then, I request all to embrace the new normal and to stay safe.” 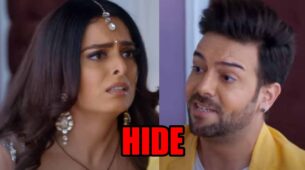