: Popular actor Mohit Malik has gained a lot in his acting career with the knowledge derived out of his ‘workshop’ experience. Here is Mohit talking about the benefits of attending workshops. 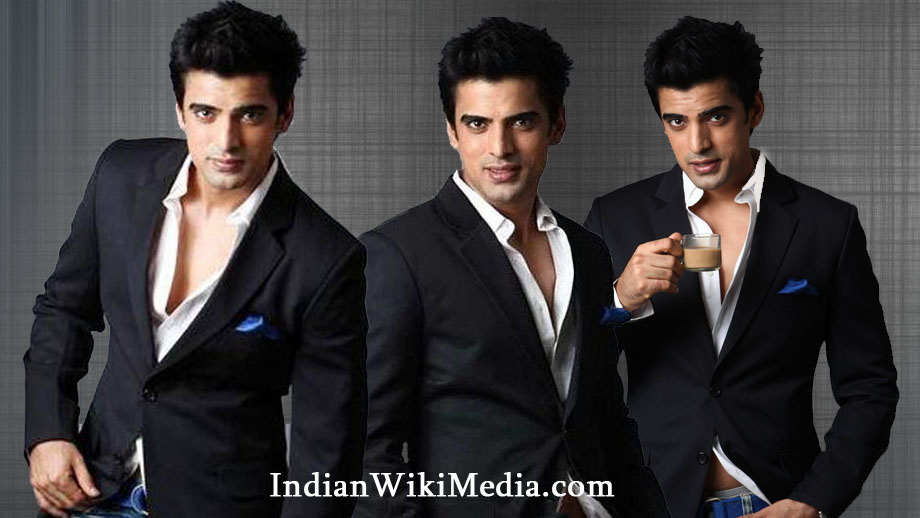 An actor is someone who needs to keep on working on himself!!

For an actor, his ‘instrument’ is his body!!

Yes, I say so and I gain this through the workshops I attend when I am free and have just gotten out of a character…

You may ask me, how does an actor benefit from a workshop?

Let me tell you, there is no single answer to this question. There are numerous answers to this one question as it helps actors in many ways. Let us take an example of a musician who plays an instrument like guitar, piano or a key board. He needs to practice, practice and then perform. If he is asked to perform after a six months gap of learning piano, he will not be able to perform. The same holds good for actors. We actors feel that we will perform even after a gap. But this is a misconception. As actors, we need to do a lot of riyaaz!! My ideology is to attend workshops and have an inclination to know more on the craft. My journey is to be a better actor every day. Everyone has a purpose in life, and this is my purpose and this enables me to do good work. It helps me going, keeps my mind busy.

People do ask me why I need workshops when I have all the experience with me. I tell them that I do not want to carry any experience baggage with me. It does not help me as an actor.

When I play a particular character, I really go into the depth and thinking of the character. I played Samrat Singh Rathore for one and half years and started thinking more like him. Your thoughts actually become your action and this is what happened. Sub-consciously, it entered my body and I had to release it after the show ended. I had to get back to my zero level or neutral level. This is where my workshop helped me. I got back my normalcy so that I could put myself into the shoes of another character with all clarity. Workshops help me take out everything from my system and cleanse it so that there is nothing from my old character that I carry into my newest one.

Talking about my Guru in workshops, Atul Mongia has been working on me for a long time now. He is my Guru in my life. His agenda is to work on the person and not on acting. Acting comes from self and this is what he teaches and emphasizes. Atul is a brilliant guy and I would recommend him to all the actors. He is tried and tested and he has changed my life for the good. More than getting myself updated about the external world, I like to keep myself more updated. I am more bothered about knowing where I am and where I reach. There’s no other focus in my craft. Yes, awareness about who is doing what comes with time. But it is always more important to be aware of yourself to become a better actor.

I have realized over time that ‘perfection’ is really a bad word. This is another change that I have gone past. For me, ‘bettering yourself’ is a good word.

Workshops come with a lot of benefit. It not only gives you immense confidence but also puts you to a zero level always. An actor should not hold on to any mannerism, emotion or thoughts of the character already played. It is important to learn new things as well as unlearn certain things that are inside us.

People do ask me why I need workshops when I have all the experience with me. I tell them that I do not want to carry any experience baggage with me. It does not help me as an actor. An actor needs to be naked, grounded and in zero state before taking up a new role. I will say that an actor is always becoming an actor, and will never become an actor. My advice to the young actors is to be focussed, be disciplined and everything will fall in place.

I like to edit myself. Samrat was nothing close to me and I had to reach another level to play him. I had to bring in stuff and references to play him. I had to look for people like Samrat around me and learn from them. I had to catch their thinking, catch their emotions. But now for my next role, I need to be calmer as a person. So now, I have changed the pattern of preparation. I meditate a lot these days. So all is about editing the Mohit inside me to get into my next role.

It is rather sad that an actor needs to be good looking to get work, even when he is extra-talented. It is simply great if you have looks as well as skills. But if you are a good actor, be assured… your time is coming. I have never ever focussed on my look and how I look when I give a shot. This is actually wrong as I get too drawn into emotions. This is not right. So the appropriate thing is to have a look according to your character. Your look should compliment your character and that is enough.

I have a bag full of good memories from my workshops. A lot of emotions flow there; I have cried, I have laughed and this is what we are meant to do as actors. When I do emotional scenes, it releases a lot of stress from my system. I feel light after doing such a scene. It makes me happier after doing an emotional scene. So I have always enjoyed doing the workshops.

One funny moment I will want to share from my workshop experience is the scene where I and my co-actor Vishrut were enacting a really emotional scene. His character was about to die and as his friend, I was getting very emotional and empathetic. There was a scene where we were at our emotional high, and he suddenly held my jaw and then, there had to be a pause of few seconds. For a moment, it appeared as though he would come and kiss me. Though I was crying and howling in the scene, I too felt for a second that he is going to kiss me. But he did not. We actually got teased for that scene and spent a long time laughing over it.

I have never ever focussed on my look and how I look when I give a shot. So the appropriate thing is to have a look according to your character. Your look should compliment your character and that is enough.

Raw actors tend to learn a lot since they are fearless and have no pressure of performing. I have learnt a lot seeing such raw actors perform. They perform so beautifully and effortlessly. This is because they have no fear of perfection. I have realized over time that ‘perfection’ is really a bad word. This is another change that I have gone past. For me, ‘bettering yourself’ is a good word. Perfection gives you stress and fear; so it is better to stay away from it. I remember seeing one such actor in the workshop. He is actually an ad film maker and he performs so very well. It is because he does not have the fear factor in him as he is not an actor. 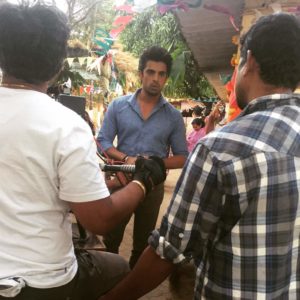 I have got inspired by lot many actors in my career. Irrfan Khan and Nawazuddin Shah are relaxed and really inspire me. Among the stars, Anushka Sharma and Ranveer are good; I like their work. And in the field of workshops, as I said earlier, Atul Mongia is the best. He is a renowned Casting Director in Films and is very influential and a busy man. However, the way he presents himself is so down to earth. Humility is what defines him. And this is the best part in him. I am happy to have got a Guru in him. And I want more of the TV actors to get influenced by him and learn from him through his workshops.

As I thank Indianwikimedia.com for this opportunity to talk about the importance of workshops in an actor’s life, I will again stress on the fact that it is always important to better yourself and work on self. And the rest will follow…