Munir Lone, the most experienced person from the family of Cinevista writes about the various changes TV has seen over the years… There is a saying, ‘First impression is the last impression’!! For me, my ‘first job’ will be my ‘last job’… And this is the kind of association I have had for nearly 28 years with Cinevista Limited (previously called Cinevistaas).

My journey with Cinevista started when I was a 20 years old young lad. And today, I am 49 years old and I am as passionate in work as I was on my day one. Cinevista is like family to me. I treat my bosses as my elder brothers and they treat me as their son.

It all started in Srinagar, Jammu and Kashmir my home town in the year 1989. I used to do theatres as a small time actor; I used to do radio shows etc. One day, I came to know that a unit from Mumbai had come down to Kashmir for shoot. So I went there and gave my photograph seeking for a role as an actor. That show happened to be Cinevista’s evergreen show Gul Gulshan Gulfam. Though I did not end up bagging a role, this was the turning point in my career.

Few days later, I was asked by them to be the local co-ordinator handling the local artists required for the show. I was happy doing it and took the job seriously. All of a sudden, two months later, the unit had to pack up their bags and go back to Mumbai because of the situation in Kashmir. This left me stranded. However, I continued with my small time acting, radio work and also as writer for a local newspaper in Srinagar, ‘Roshni’ under the pen name ‘Munir Betaab’. You might ask why Betaab, to which I can say that as 20 years old, the movie fascinated me so much that I took it as my pen name.

Few days later, I was recording in All India Radio in Srinagar when I met Mr. Pran Kishore, Writer of Gul Gulshan Gulfam. He was happy to see me again, and asked me to come and meet him at his home the same evening. And when I went there, he told me that they wanted me to co-ordinate their shoot in Mumbai. He gave me a list of local artists and also a list of Kashmiri props needed and asked me to buy them and come to Mumbai. I was very happy as going to Mumbai was my dream. However, my mother did not allow me to go to Mumbai. Finally it took a lot of convincing by Mr. Pran Kishore after which my mother agreed. I bought all that was needed and landed in Mumbai in 1989. And we are now in 2017, and I am still in Mumbai (laughs).

What happened is that the local Kashmir people who shot for Gul Gulshan Gulfam left once their work got over. And post the shoot, when I asked my producer Mr. Sunil Mehta whether I coulg go, he stopped me and said you will remain with us. I stayed at their office since I had no home in Mumbai, and thus my Mumbai journey began.

Life has been beautiful with Cinevista. I started as local co-ordinator, went on to be the production assistant, production manager, production controller. If you ask me, I don’t believe in designations; I believe in work. I do everything for my company. Till our last breath, we need to learn and I am doing it. As of now, I am called Head of Operations, but I treat this company as my own company. Mr. Sunil Mehta and everyone treat me as my family.

Recently, I underwent a surgery for mouth cancer and my bosses, Mr. Sunil Mehta and Mr. Uday Singh were with me throughout. Their whole family stood with me all the time; Even though my family arranged for the money, both my producers did not allow them to spend any money and took care of all expenses. I have got lots of offers till now. But for me, this is my first and last company. I will not move.

Today, hierarchy is so much that more the hierarchy, more the confusions. Yes, with time, we have to change. Nowadays, lot of weightage is given to looks rather than performance. We have done work in the past when there was no landline in every home, leave alone mobiles in pockets. We have worked when there was no internet. Yes, work used to happen at peace as all of us used to take onus and responsibility on the product

I have seen lots in this journey of 28 years with Cinevista. By the grace of God, my journey with Cinevista has been nothing but beautiful. I have been part of all of the shows over the years starting from Ghutan, Junoon, Jai Mata Ki, Hindustani, Dill Mill Gayye, Sanjivani.

Yes, TV industry on the whole has had a tremendous journey.

Earlier, there used to be lot of sincerity towards work. But today, there is no sincerity at all. I don’t find sincerity anywhere. All is about money. All want to earn money and nothing else.

Earlier, we never used to have sets to shoot at. We used to hunt for posh and luxurious bungalows and book them for our shoot. Today, crores of money gets spent on erecting sets. In the earlier days, the writer used to be the main creative. Today, writers are forced to write whatever is wanted. In the past, there were not many designations. Today, hierarchy is so much that more the hierarchy, more the confusions. Yes, with time, we have to change. Nowadays, lot of weightage is given to looks rather than performance. We have done work in the past when there was no landline in every home, leave alone mobiles in pockets. We have worked when there was no internet. Yes, work used to happen at peace as all of us used to take onus and responsibility on the product. Today, there is an overdose of technology available.

I think TV will see its death in the near future. The advent of digitalization has been a huge step forward. All are so addicted to Youtube. My kids never watch TV; they are only on their mobiles watching shows

Television started from the low band, moved to high band, then came the beta, followed by DG Beta, and HD. God knows what all new illnesses will come in the near future. Yes, changes are for good and there is no denying it. But I hardly see any big positive outcome from all the changes. Earlier, we used to cast by ourselves and never had to take the opinion of others. But now, we need to look for 10-15 options for every character. There is an option available for everyone starting from director to crew member.

In the days gone by, we had only few GECs. But with time, competition in the form of various GECs has hit mankind. I think the Government needs to stop the launch of new channels. How much of entertainment can a person digest? A maximum of four channels, is this not enough?

Coming to content, there has been a vast change. We have come from an era where we saw meaningful stories like Kathasagar, Gul Gulshan Gulfam, Humlog, Buniyaad, Tapas, Junoon from Cinevista. But now, family drama has become a passé. My wife never works in the kitchen with her make-up on. But we have such ladies on TV. Content-wise, there is nothing that is original. Writer according to me has to be the creative. It is his vision and he knows how the story needs to progress. But today there is only a fight for TRPs and realism has gone out of the window. Every story looks so similar. Having said this, if you see our shows, everything is so very different.

Moving on, I think TV will see its death in the near future. The advent of digitalization has been a huge step forward. All are so addicted to Youtube. My kids never watch TV; they are only on their mobiles watching shows.

Getting back to me, the city of dreams Mumbai has fulfilled all my dreams. I have my best memories with Cinevista. I have no complaints and no regrets. I now belong to Mumbai as I am married to a Bandra girl. I have two beautiful kids and life is beautiful. Yes, Kashmir is my ‘Janmbhoomi’ and we go there during holidays. However, my ‘Karmbhoomi’ Mumbai has treated me well and loved me a lot.

Above all, my dream of becoming an actor got fulfilled in my own company. I have acted years back, in Ghutan which was shot in Mussorie with Kiran Kumar, Raza Murad and Renuka Shahane. I played the gardener’s role and had meaty scenes. Above all, I have given lot of voice-overs for our company. I have been the voice behind many a recaps and precaps in Cinevistaas shows.

To change with changing times is the motto of life. And we all have been evolving. 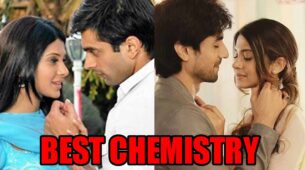 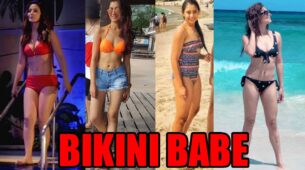