Naagin 5 gets reviewed by IWMBuzz.com 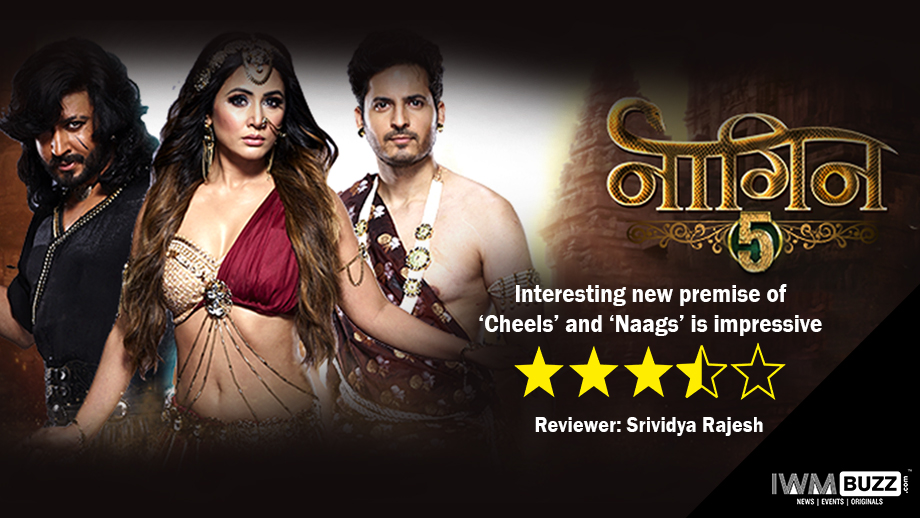 Welcome again to the ‘lala land’ of snakes…. After a very average fourth season, the cult trend-setter show is back again with Naagin 5. Of course, whenever the Naagin magic is unleashed, nobody can dare hold back and not give their two cents about the show.

So what’s new? While the basic crux of the story remains intact with the Naagin getting back with a vengeance to reunite with her lover who was killed, the best part about the story now is the new premise and story of the Cheels and Naags. Yes, a new enemy is always welcome with open arms, right?

The idea of bringing a big link and connect between the story of Naagin 4 and the new one was indeed a good one!! And this actually propelled the makers to bring back the effervescent and more popular characters Bela (Surbhi Jyoti) and Shesha (Adaa Khan). It was lovely seeing them back again with the same spunk in their game!!

Brinda (Nia Sharma) and Dev’s (Vijayendra Kumeria) love story was however put on the back stove, with the story of Sarvashresht Adi Naagin gaining momentum!!

And we were immediately taken back in time, almost 10,000 years back to see a love story that was not really shown as a love story!! Yes, the magic of all the Naagin stories have been the purity in love that the Naagin and Naag have always shared. Lot of emphasis has been given in the past to this love story which actually provides the platform for the re-birth and reunion of the two. However, what is hugely missing in this new season is the intense love between the characters Naageshwari (Hina Khan) and Hriday (Mohit Malhotra). Yes, a dance and love scene was surely shown, but that did not really take the story by storm!! Even before we got introduced to Naageshwari’s love interest Hriday, he got killed!!

Coming to Aakesh, the Cheel with a wicked and cruel face, we must say that this character was mind-blowing!! Dheeraj Dhoopar who is seen as the lover boy in Kundali Bhagya was cast for the role, and this in itself was a beauty!! The background score for Aakesh, his body language, intense love for Naageshwari was shown brilliantly well. Probably his one-side love story with Naageshwari was given more importance than the real love story that the naagin turned girl had!! Ouch!! That was the powerful characterization given for Aakesh.

Talking of the performances, Dheeraj Dhoopar simply stole the limelight as Aakesh. His eyes spoke and conveyed the obsessive love that he had for Naageshwari. After all, he ended up giving his life for the girl…

Hina Khan was gorgeous from head to foot, amazing as Aadi Naagin and as Naageshwari. If only we could have had more of Aakesh and Naageshwari’s sequences!!

Mohit Malhotra as Hriday had nothing much to do in the script!! As said earlier, his character was not played upon much… Having said this, he looked really good with Hina Khan and their romance looked good till it lasted.

With Hriday being killed by Aakesh, Aakesh being killed by Naageshwari and Nageshwari ending her life, three deaths in quick succession was pretty tough to digest!! Looked like a hurried ending to propel the new start!!

The platform was set for all the three of them to take birth again and clash big time in their new look and new ideologies. Special mention has been given in the narrative that the clash this time will be very different. And this makes us wonder more…

40 years later, we are brought to the day and moment when all the three of them again meet.

Bani has a step-mother (Shivani Gossain) who is only worried about her daughters. Bani has three step-sisters.

Jai’s family has not been shown yet. Veer is described as the son from a very filthy-rich household.

Surbhi Chandna as Bani is really impressive. Her introduction scene raised curiosity, and her pleasing persona is enduring to the heart. After her Ishqbaaaz stint, she is all on course for her next big role.

Mohit Sehgal as Jai looks good. Though not much has been shown about his character yet, he seems to be a man with the heart at the right place. He believes in destiny giving out a signal when it comes to falling in love. And surely the signals have started coming, with him bumping into Bani in the cutest way possible. Mohit gets back to fiction after a long hiatus and his fans will surely be jumping with joy!! And he has not disappointed them for sure!!

Veer is shown to be the man with all the bad taste. A boozer, a womanizer who dares to carry the night dress of the girl he was with, and returning it to her at her wedding venue. Ouch!! He certainly has some guts, must say… Ssharad Malhotra in the role is a dynamite all set to explode!! Too good, and at least in the opening act of his, he strikes the right balance between being the ruthless negative guy without overdoing it. The loyal Ssharad fans will simply love to hate him here!! His eye expressions, dialogue delivery are amazing. One can easily say that he has picked up the nuances right from where Dheeraj as Aakesh left it!!

Special mention to Parag Tyagi as Akesh’s father. He delivered a poised and sincere portrayal and matched the role to the T. Wish we could have seen him more!!

Anjum Fakih as the Muslim bride and friend of Bani is wonderful. The actress has been challenging herself in varied roles with Kundali Bhagya and Kehne Ko Humsafar Hai.

The cinematography was brilliant and the 10,000 years’ back story was captured well. There have been sequences here and there wherein the VFX could have been better, but this is just the start. Lot of hopes and expectations are in store… One ‘oops’ moment that needs to be mentioned is the pathetic graphics when Bani very calmly lifts a snake in her hand and shows it its way. Could have been better!!

Overall, a good beginning and a platform is set for love, animosity, jealousy, hatred and of course revenge to take its course!!

We at IWMBuzz.com give Naagin 5 after its first three episodes 3.5 stars. 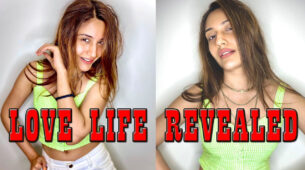