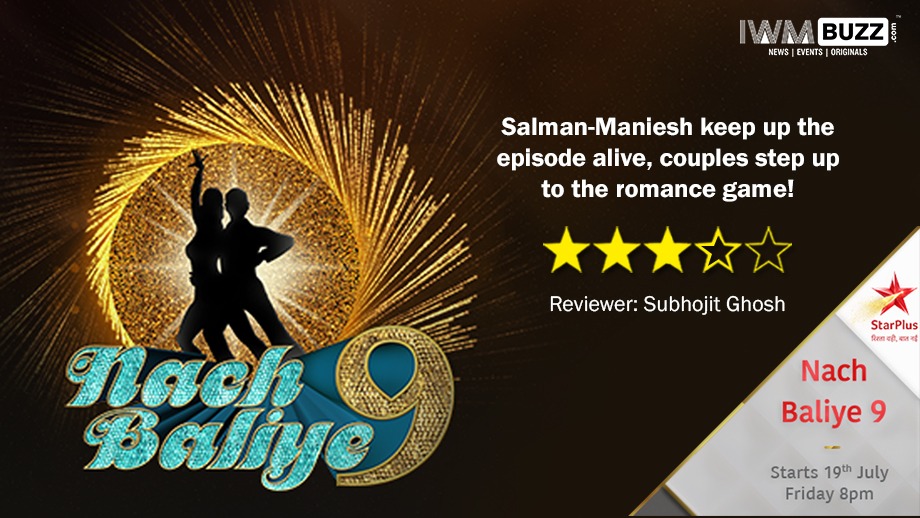 Nach Baliye 9 as a show has probably the most unique concept ever in the history of Indian television. And why not? The show this time is backed by none other than Salman Khan as the producer of the show, who is himself known fot his witty and funny comic sense and timing. So Salman did something and made something possible which no one else would even remotely imagine — bringing couples and also ex-couples together in the show as contestants.

The show saw 5 couples being shown out of the 12 who are participating in reality for the show. They are Shraddha Arya and Alam Singh, Babita Phogat and Vivek Suhag, ex flames, Urvashi Dholakia and Anuj Sachdev, Vindu Dara Singh and Dina Singh, and last but not the least, Prince Narula and Yuvika Chaudhary. The rest of the couples will be following up soon.

The episode had the right flavour of comedy and banter and Salman and Maniesh simply stole the show. Be it talking about relationships to talking to each other about their respective exes to Salman even coming forward to state that he is on great terms will all his exes, the show saw it all. Not just did Maniesh and Salman make fun at each other to liven up the spice of the show, they also poked fun at the contestants, which made the episode even more interesting.

However, what still keeps the suspense factor alive is that the judges are still to be revealed. So all the Nach Baliye lovers need to probably wait for the next weekend to finally quench and feed the curiosity that still lurks in their mind about the participants and also the judges, as in the first episode, the comedy factor mainly evoked the camaraderie of Salman and Maniesh.

We hope that as the episodes unfold further, we get to see more of the lighter side of even the contestants, and hopefully the judges too. The grandeur of the set made it visually more aesthetic and pleasing to watch. So here’s to next weekend to understand what waits for us ahead.