Usually, TV shows look towards roping in the biggest of names. But are all the shows having big actors guaranteed to be the shows with the huge ratings? We at Indianwikimedia.com analyse... Superstars are not made in a day!! Similarly, a lot of hard work (to come up with good quality) pertaining to all areas of a show results in ‘Good Ratings’!!

Whenever a new show is being planned, the idea usually is to rope in the biggest of names in order to grab instant eye-balls!! However, does the roping in of ‘superstars’ in TV shows usually mean that the show is guaranteed of good numbers?

The answer to this is unfortunately a ‘no’!! And the reason being the medium of TV is mostly character-driven wherein the actors are predominantly known for the roles they enact!!

If only the persona of actors were to create magic on television, huge shows like Yudh and 24 would have won the ratings race even before the game would have started. But alas, even actors of the capacity of Amitabh Bachchan and Anil Kapoor failed to charm the TV viewing audience. Wonder what the reason for this is? Well, the persona of actors is so huge in movies that on TV, an Amitabh Bachchan or an Anil Kapoor can never be shown as weak characters!! The image that they carry with their popularity is so larger than life that the same audience cannot see them in their weak moments on the small screen.

While Ronit Roy as Mihir cast a spell on the audiences’ minds in Kyunki Saas Bhi Kabhi Bahu Thi and Bandini, he could not weave a similar web of connect in numbers for his other shows Kahaani Hamaarey Mahaaabhaarat Ki, Adaalat, Itna Karo Na Mujhe Pyaar.

Going back in memory, Giaa Manek, who was the original Gopi in Saathiya, was replaced overnight. The entry of Devoleena Bhattacharjee has only taken the story to another level and still continues to do so.

The same applies to the heartthrob of TV, Rajeev Khandelwal. The super success of Kahiin Toh Hoga and Left Right Left was not recreated when Rajeev was part of shows like Time Bomb 9/11 and Reporters.

Harshad Chopra, the blue-eyed boy of TV could not resurrect the sinking ship of Humsafars with his stellar presence.

Above all, Ram Kapoor, who entertained one and all with such a mature character in Bade Achhe Laggte Hain, was not even accepted in Dil Ki Baatein Dil Hi Jaane.

Well, these were examples of how even the so-called superstars failed to create a euphoria needed to get in the ratings.

If we see the flip side of it, a show which is so used to seeing the big names can continue to survive and grow, even if the big star moves out for certain reasons.

The best example before our eyes in the present scenario has to certainly be Yeh Rishta Kya Kehlata Hai. The show in quick succession lost both its faces Karan Mehra and Hina Khan. Critics had already written the show off, after it was labeled as one which will sink to the bottom in no time. But what’s the result today? Yeh Rishta reigns supreme, and has literally taken competition to another level after losing its senior actors. The show did not have the numbers it has today, even when Hina Khan was shown for the last time on the show.

It’s actually the character which does all the talking on TV, not the actors unlike in movies.

Going back in memory, Giaa Manek, who was the original Gopi in Saathiya, was replaced overnight. The entry of Devoleena Bhattacharjee has only taken the story to another level and still continues to do so.

So if it is not the presence of superstars, what’s it that connects with a TV show’s success rate?

Well, it has to be the crisp writing and its endearing characters. The base line to success is that the TV industry needs to ‘empower writers’ and respect the script in hand. It’s actually the character which does all the talking on TV, not the actors unlike in movies.

In movies, every movie of Salman Khan, Shahrukh Khan and other biggies are certain to make money even if it has a bad story line (most of the times). The reason for this being that the film stars have a larger than life persona and are already labeled to be huge!!

Very true that the TV industry needs to herald and praise its writers and emphasize on better scripts for ratings!!

So we at Indianwikimedia.com end this by saying ‘Hail Writers’!! ‘Hail the Scripts’!! 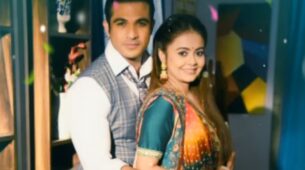