The upcoming episodes have a lot in store for audience.

As per a reliable source, “In the forthcoming drama, Rishi will get drunk and announce his engagement with Nethra. After gaining consciousness, he will call Nethra to apologies and ask her if she would like to marry him.”

Furthermore, Rishi will also tell Nethra that he is marrying her only for Natasha and if Tanuja (Kratika Sengar) returns he will leave her.

Meanwhile, Tanuja will go with Maasi and Mayra to attend Rishi’s engagement. On the other hand, Abhishek (Amit Tandon) will tell Tanuja that she should stop overreacting or else Rishi will come to know she is getting affected by his marriage decision

What will happen next? Will Rishi marry Nethra? Is this the end of Rishi and Tanuja’s love story? 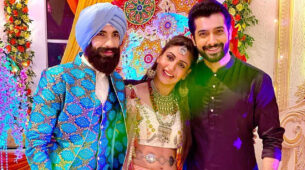