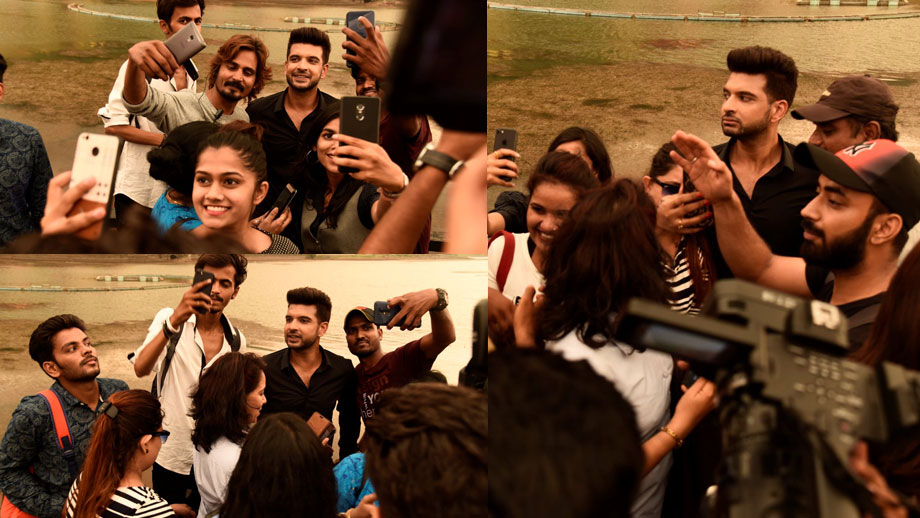 Fans love and craze for TV actors knows no bound, and the handsome hunk Karan Kundra recently experienced the same.

The actor, who will be part of Sony Entertainment Television’s upcoming show ‘Dil Hi Toh Hai’ under Ekta Kapoor’s banner visited Lavasa for the first promo shoot. The show has already become the talk of town.

While he was shooting for the promo, he was mobbed by a group of fans. He respected their love and got clicked with them.

Yogita Bihani will play the female lead in the show. Geetanjali Tikekar, Bijay Anand and Farida Dadi will portray important roles in the story line.

Good luck to team for the new venture!