25th June, 1983 is engraved in Indian History. The team that brought indescribable glory to India, led by Kapil Dev, will be seen on The Kapil Sharma Show this weekend in what promises to be a historical episode! The team that put India on the world map will relive those moments and give an insight into what went in achieving this glorious landmark!

While they are all individually quite accomplished, put together, their camaraderie, like that of the golden days, will be visible in abundance as they collapse into giggles with their teammates’ stories. The team will not only reveal one to many secrets, but also relive the time of the World Cup bringing it alive for everyone.

Turns out, in those days, not many of them were adept in English, and amongst them was Kapil Dev. However, during the World Cup, Kapil Dev used to address the team meetings only in English. While the team never brought it up during these huddles, no one really understood what Kapil Dev said or meant. How did they go about the strategy?

Sandeep Patil got an opportunity to share the room with the iconic cricketer Sunil Gavaskar during the World Cup. But apparently, he was quite nervous and embarrassed about this. How was Sunil Gavaskar as a roommate?

Krishnamachari Srikanth has had a tremendous influence on Roger Binny’s Hindi speaking ability. How so?

Did you know that the World Cup team actually had two captains? While we all know only about Kapil Dev, who was the other one?

We all revel and applaud Kapil Dev’s 175 (not out) against Zimbabwe in 1983… but what was going on in his mind at that time? And more importantly, how did K. Srikanth play a huge role in this victory?

There is all this and lots more that will unfold on The Kapil Sharma Show this weekend, 9th and 10th March at 9:30pm only on Sony Entertainment Television! 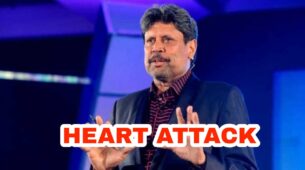