Sony Entertainment Television is gearing up to make its non-fiction band strong.

Audience saw the return of Dus Ka Dum and are all set to welcome Kaun Banega Crorepati.

Loyal viewers are also aware that Comedy Circus too is making a comeback after four years, and the makers are leaving no stone unturned to make it a success.

From roping in top comedians to big names from the TV industry, they are doing everything possible to make the show as awesome as its predecessors.

The show will be judged by Archana Puran Singh while Siddharth Sagar, Mubeen Saudagar, Dheeraj Dhoopar, Tejasswi Prakash, Karishma Sharma will be part of the comedy drama.

The latest to join the Comedy Circus bandwagon is none other than Aditi Bhatia. The young lass, who rose to fame as Ruhi in Star Plus’ Yeh Hai Mohhabatein, has tried her hands at comedy with Comedy Nights Bachao Season 2.

It would be fun to watch such talented artists coming together and making audience laugh!

We contacted Aditi but she remained unavailable for a comment.

Gear up for this non-fiction show on Sony TV. 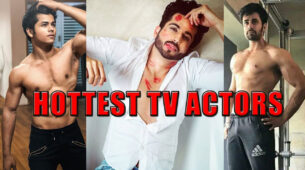