IndianWikiMedia has learnt that Anita, currently part of Balaji Telefilms’s Yeh Hai Mohabbatein on Star Plus, will be seen playing a naagin in season 3 of Naagin 3.

Naagin-the franchise-is extremely popular on Indian television and is one of the top rated shows of recent times. Its first two seasons, with Mouni Roy as the protagonist ably supported by Adaa Khan, hit Aonian heights of popularity.

Season 3 will see a change of acting guard with Mouni and Adaa both deciding to stay away from the endeavour owing to ‘typecast’ issues.

We hear that season 3 will see a storyline which will be fresh in depiction in terms of look and feel.

It will depict a story of 3 naagins, college students and their flashback ‘naagin’ sequences. The story will have one male lead and is believed that though Mouni will not be the pivot; she will be seen in flashback scenes as and when needed.

There is a strong buzz of Surbhi Jyoti playing one of the naagins. The other naagin is Anita.

“Tanya Sharma and Vindhya Tiwari are also in contention. Karan Tacker’s name is also being tossed in the air to play the male lead. Krystla D’souza seems to have lost the race to the naagin slot. Having said that, Ekya Kapoor is known for throwing in surprises and bringing in last minute changes. There is also a thought that all these ‘news’ are a mere alibi and eventually Mouni will return to the show. Ekta is also keen on roping in someone like Priyank Sharma. If he gets out sooner from Bigg Boss, he might bag the role,” says an industry source.

When we buzzed Anita to solicit a comment, she did not revert till the time of putting the article to bed. 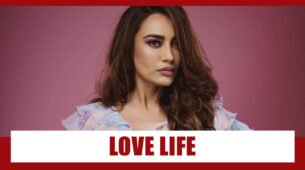