Ankita Lokhande to replace Surbhi Jyoti in Star Plus show… Surbhi, who has already started to create a mark on the industry for her performance in this show, is having bit of a tough time dealing with her schedule. Word has it that the actress is soon to be replaced on the show with television industry’s one of the most renowned faces, Ankita Lokhande.

The actress, who has been away from the television screen for quite a while now will be replacing Surbhi Jyoti, to become the lead actress of the show.

According to sources, Surbhi has been getting multiple and bigger offers as an actress and hence she has decided to take a step back from the show. Ankita, who has been off the television world for quite some time now, is all set to take the front seat and up her game again with Koi Laut Ke Aaya Hai as Gitanjali. She will be paired opposite someone younger than her, Shoaib Ibrahim. 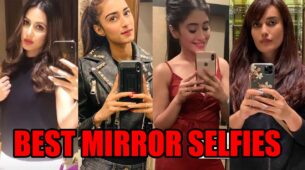