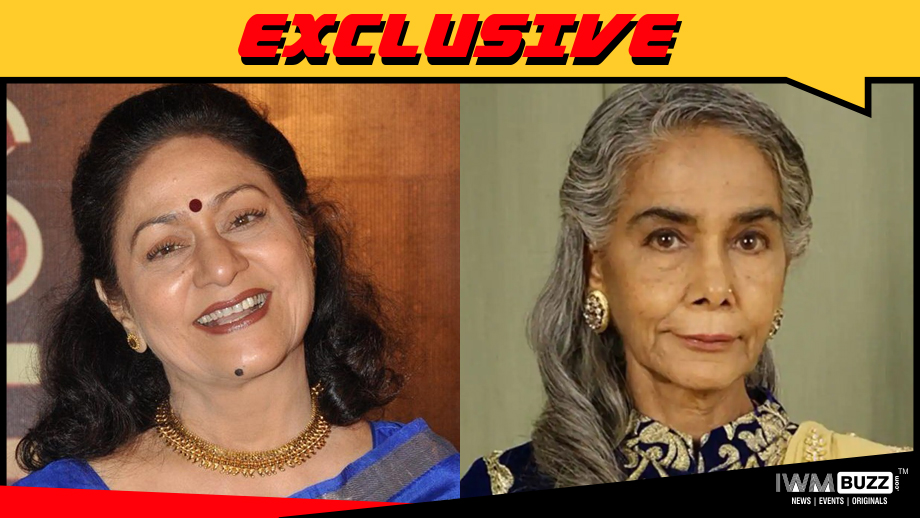 Talented thespian actor Aruna Irani will join the cast of Producers Gul Khan and Nilanjana Purkayasstha’s upcoming dramedy show on Star Plus, Dil Toh Happy Hai Ji. As we know, the talented Producers have been entertaining audiences with their ongoing show on Star Plus, Kullfi Kumarr Bajewala.

As we know, the cast includes Jasmin Bhasin and Ansh Bagri in lead roles.

We had reported about actors Satyajit Sharma and Surekha Sikri joining hands yet again after their Balika Vadhu association for this project.

However, there seems to be a change in the scheduled plan.

We now hear that in place of Surekha Sikri, it will be actress Aruna Irani who will step in to play the pivotal character. Aruna Irani is presently seen in Colors’ presentation, astaan-E-Mohabbat: Salim Anarkali.

As per reliable sources, “Surekha Sikri had to move out of the project for certain reasons post which Aruna Irani has been roped in.”

Aruna Irani will play the grandmother of Ansh Bagri and Aru K. Verma, who are the lead and parallel lead on the show.

When contacted, Aruna Irani confirmed the news, but asked us to call her later.

We also reached out to Producer Gul Khan and the channel spokesperson, but did not get revert on our story.

Watch this space for exclusive updates on the telly and digital world.