Ashnoor Kaur, the young Naira of Yeh Rishta has bagged her next big role. After having reported exclusively about Ashish, Sonarika, Mukesh Rishi and Swati Rajput, we at IndianWikiMedia.com have hit into more valuable information about the show.

Gorgeous and talented Ashnoor Kaur who enthralled one and all as the young Naira in the popular Director’s Kut show Yeh Rishta Kya Kehlata Hai has bagged a prime role in Prithvi Vallabh.

A credible source tells us, “She will play the role of Vilas, the pretty young niece of Mrinal, the lead played by Sonarika Bhadoria. She will have a very entertaining role, that will be more or less of the parallel lead.”

As we know, Ashnoor was earlier seen as the young Ashok Sundari in Devon Ke Dev… Mahadev wherein she played daughter of Parvati, essayed by Sonarika. Now, Sonarika and Ashnoor will extend their onscreen chemistry by being the thickest of relatives.

We buzzed Ashnoor’s mother, but she asked us to call us later.

We reached out to the spokesperson at Writer’s Galaxy, and also sent out a text message to the channel spokesperson, but did not get any revert till we filed the story. 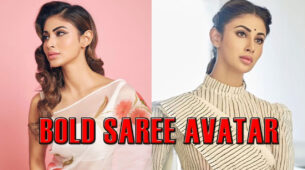