Launched in February, the show was of a different genre when compared to the earlier works of Rajan Shahi’s banner.

The show underwent a revamp recently, which did not work in its favour. Baavle Utaavle has Paras Arora and Shivani Badoni in lead roles.

Earlier, Producer Rajan Shahi had told media that the show did not do well as he had expected. But he had also mentioned in a report that he is happy that they had experimented with a different genre.

We now hear that the off air date will be 25 August.

The show saw Paras Arora delving into comedy for the first time. Shivani Badoni the female lead is a new face and she did garner good response.

We buzzed the channel spokesperson about the last airing date but did not get revert. 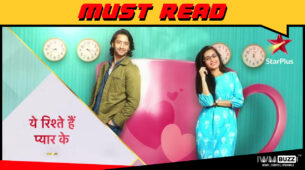