Are You A Big Fan Of Shaheer Sheikh? Must Watch These Indonesian Movies And Shows | IWMBuzz
Subscribe Now
Television | News

If you call yourself an enthusiastic fan of Shaheer Sheikh then you must have watched his Indonesian movies and shows, right? We all know how time passes by and with time everything changes. But how did the time pass by when we used to see a smart college boy Shaheer Sheikh from Kya Mast Hai Life playing guitar and entertaining his friends to the smart, handsome, and friendly guy who is working in one of the best shows of Indian television, Yeh Rishtey Hain Pyaar Ke?

Since we all know, Shaheer Sheikh has fans not only in our country but he is known worldwide, especially in Indonesia. His love for the Indonesian language, it’s culture, and working in various movies and Tv shows, made him quite popular in Indonesia. Over the years from 2014 to the current year, he hosted various shows like Panah Asmara Arjuna, The New Eat Bulaga! Indonesia and Asia’s Got Talent.

Maipa Deapati & Datu Museng was released in 2018. It showed Shaheer Sheikh as Data Museng who is an ordinary man and falls in love with the Maipa Deapati, the daughter of Sultan Sumbawa. He starred opposite Fildzah Burhan.

His debut Indonesian movie, Turis Romantis was all about a photographer Azan Khan aka Shaheer Sheikh from India who comes to Indonesia to search for his grandfather’s tomb and thus, makes a great bond with Nabil aka Kirana Larasati. 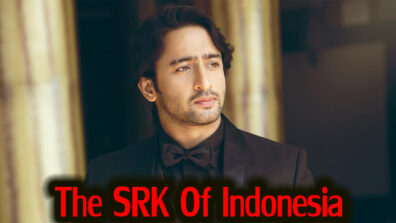