Salman’s anger takes a toll on the contestants, makes them realize their responsibilities 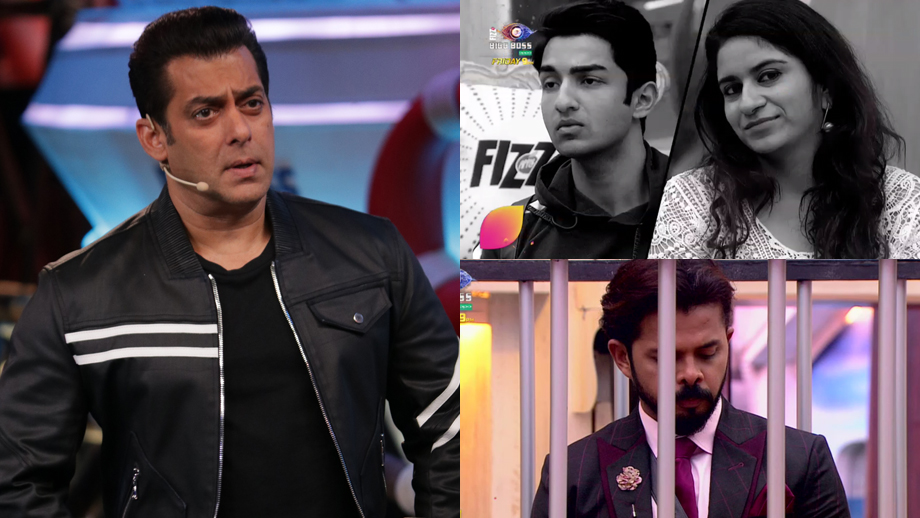 Words can’t change a person but actions does. Similarly, the week gone by, was filled with accusations with verbal assaults. This week when Bigg Boss announced the Kalkothri nominations task, every contestant had to take two names whom they thought was the most deserving to be sent to the kalkothri. Later, the contestants were not in complete agreement and were dejected when Bigg Boss gave an exclusive power to the captain of the house, Surbhi. Holding her position in high regards, she could take three names who she thought were deserving of the punishment. As expected, Surbhis decision created a huge brawl amongst the contestants.

It seemed to be a rather stressful day for the contestants, as post the Kalkothri task it was time for the Weekend Ka Vaar with Salman Khan. The episode started with Salman Khan in the outhouse watching a video of Surbhi and Sreesanth. The video angered Salman and he decided to pull the strings on such behaviour reminding them that disrespect has no place in this house. Salman addressed the issue by reiterating what Bigg Boss had earlier mentioned. The contestants have no individual identity it’s become a house where herd mentality rules. As a mentor, Salman spoke to everyone individually and told them on how they are projected outside the house.

Later, he fired Rohit and Surbhi on their nasty comments towards Sreesanth during the luxury budget task. He also discussed the Kalkothri nominations and disagreed to Surbhi’s decision and said that it was an unfair call that she made. To build more anxiety amongst the contestants, Salman informed them about the double eviction this week. This had everyone at the edge of their seats, nervous, anxious and clinging onto hope.

With another double eviction this week, Megha, Jasleen, Romil, Deepak and Dipika, who will make their way out of the Bigg Boss house?